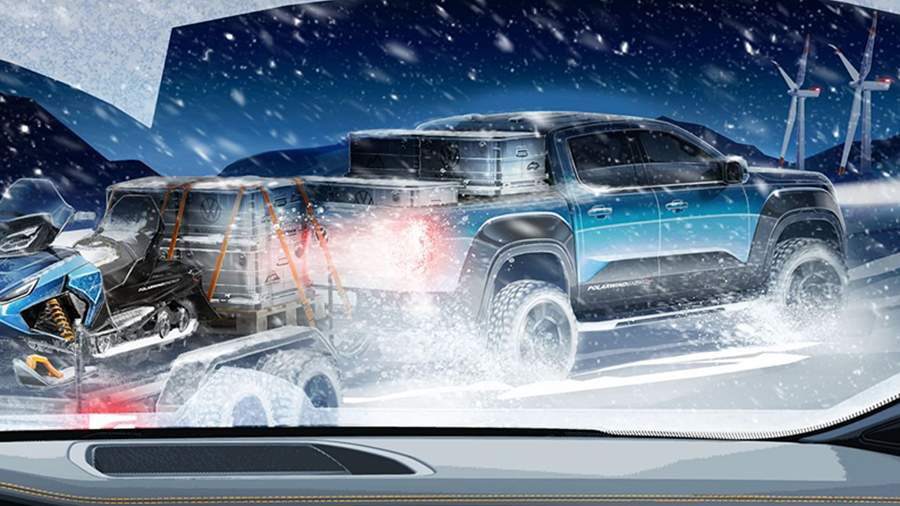 The German company Volkswagen published on January 14 an image of the new generation Amarok pickup truck, which will be presented this summer.

The model will be produced in the Argentine city of General Pacheco, as well as in the South African Silverton. The previous model was assembled at a plant in Hannover, Germany.

The new Volkswagen Amarok pickup will be offered in a double cab version. The car will receive a relief hood, massive wheel arches, roof rails. The interior will be equipped with a large touch-screen multimedia system and a digital instrument panel.

Volkswagen Amarok second generation will be equipped with a 2.0-liter turbodiesel engine and a 2.3-liter gasoline engine. The model will also be offered with a new 3.0-liter V6 diesel engine, the return of which is still unknown.

The new Amarok will only be available for order in a few Western countries. This model is not expected on the Russian market.

On November 3, it was reported that Volkswagen introduced the new ID.5 coupe-crossover. Sales of the model will begin in Europe in 2022.

The car is built on the basis of the ID.4 crossover. The drag coefficient is 0.26. In the European market, the model will be offered in Pro, Pro Performance and GTX modifications.