The best episodes to celebrate Thanksgiving 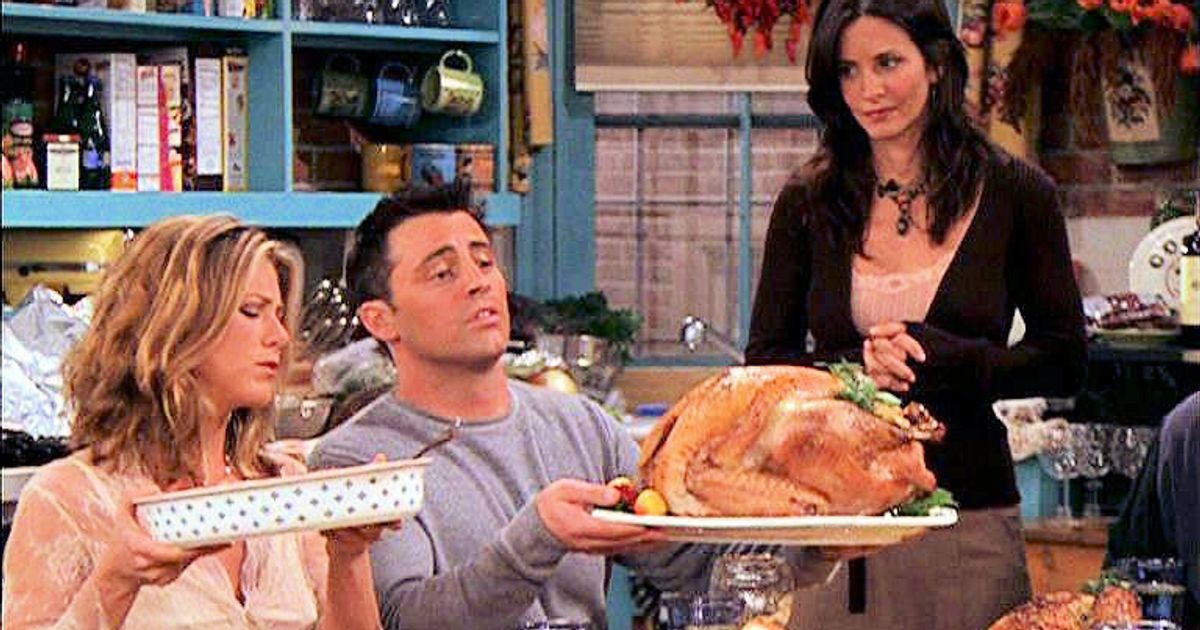 The United States celebrates this Thursday, November 25, one of its most recognized festivities worldwide: the Thanksgiving Day. A pre-Christmas celebration in which families gather around the table and appreciate all the good things this year has left them. This prayer is accompanied by a grand feast consisting of cornbread, mashed potatoes, cranberry sauce, pumpkin pie, and of course a large roast turkey.

This tradition comes from across the pond and we only know it from the movies and television series that reflect that magical time of year. Who has never dreamed of spending Thanksgiving at Monica and Chandler’s? And in the company of the funny Simpson family? If this year you have decided to join in the fun, we propose these episodes of series inspired by the Thanksgiving party.

Each of the ten seasons of this legendary series that can now be seen on HBO Max had its Thanksgiving special. One of the best was the one where Brad Pitt was invited to dinner and Rachel (Jennifer Aniston) discovered that he and Ross had spread the false rumor in high school that she was actually a hemaphrodite. In all these specials, the protagonists of the series have a delicious dinner cooked by Monica Geller.

Would you be able to attend four Thanksgiving dinners on the same day? The protagonists of this series Rory and Lorelai Gilmore do and they do it with the naturalness and desire to eat that characterizes them. In this special Thanksgiving episode, the Gilmore girls are forced to meet their friends and family: first Mrs. Kim, then Sookie and Jackson, then Grandparents Gilmore’s elegant dinner, and finally, the traditional Luke’s cafe menu. An intense Thanksgiving Day.

how I Met Your Mother

This mythical series had one of its funniest moments on Thanksgiving day following the game of mercilessly slapping one of your friends. In the episode Slapsgiving 2: Revenge of the Slap, Marshall offers his friends a chance to smack Barney and receives five unexpected slaps from his friend.

Unlike the rest of the series, this episode put humor aside to show a much deeper and more critical argument than the previous ones. Through the arrival of a group of indigenous ghosts, This shows that the authentic Americans are the natives expelled after European colonization. In addition, Spike, a character played by James Marsters, is more fun than ever.

We all remember the Thanksgiving episode in which she threw the centerpiece that Lisa had made for the occasion into the fireplace. A new prank that pushes Bart onto the streets of Springfield on Thanksgiving night. After wandering through a fairly poor neighborhood and seeing his sister cry from a nearby tree, Bart acknowledges his mistake and ultimately enjoys the most family-friendly celebration of the year.

The well-known family comedy Modern Family unfolds your best sense of humor to celebrate with Thanksgiving. In the episode Three Turkeys Several members of the family try to organize their own party separately, without preventing those little details that always end up ruining the best plans. Finally, everyone gathers at Jay’s house to enjoy a hearty dinner, as it should have been from the beginning.

In the episode Guess who’s coming to dinner you can enjoy an original moment perfect for those who like Thanksgiving family gatherings that end badly. Its protagonists will face uncomfortable divorce confirmations, parent-child clashes and, in short, a terrible Thanksgiving.