Madonna shows herself freely on Instagram – and is ridiculed 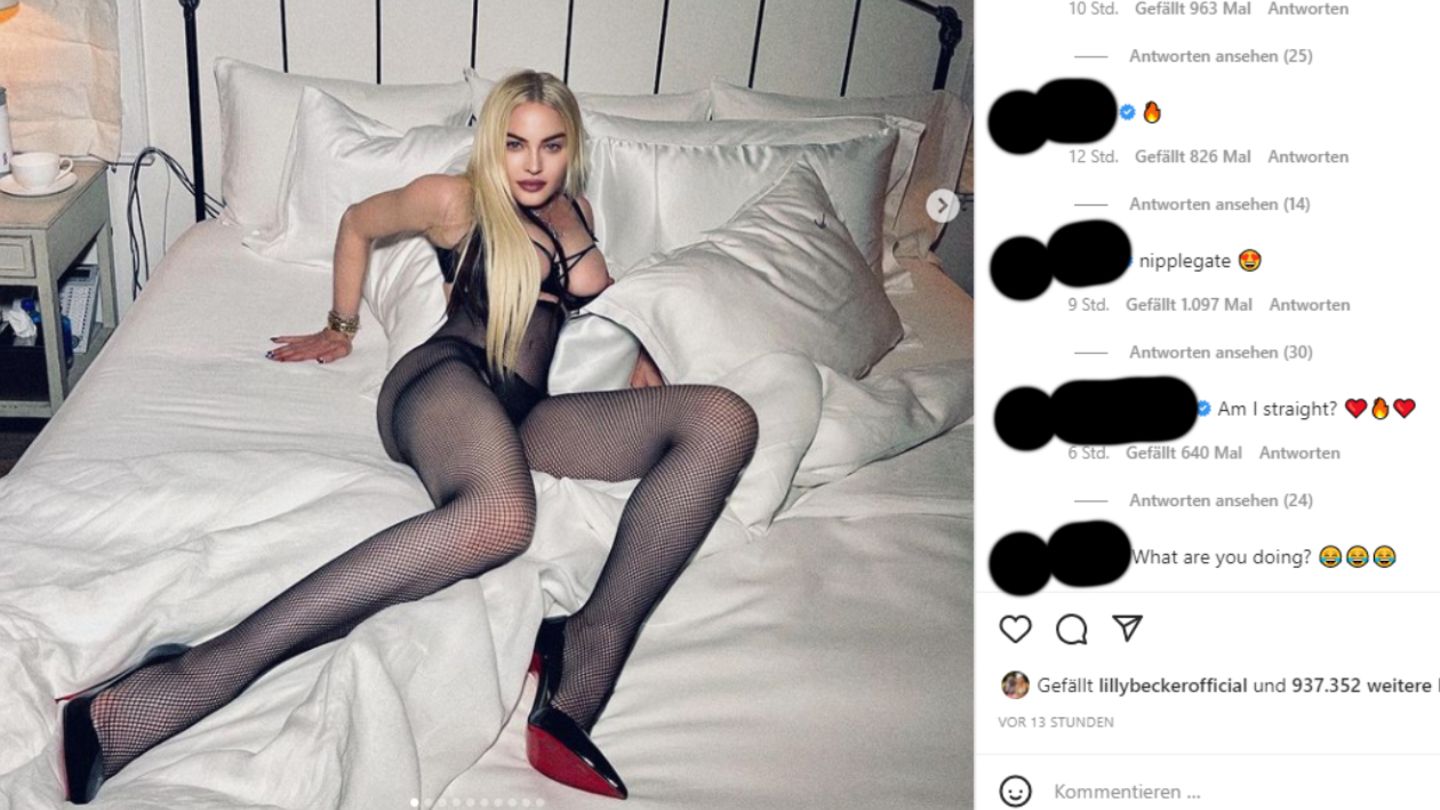 She probably expected different reactions: Pop singer Madonna showed herself on Instagram with a bare chest – and received ridicule and malice for it.

“Angel watching over me” – an angel watches over me. This is how Madonna commented on her current Instagram posting. With the sentence, the pop singer is alluding to an angel sputte that hangs over the bed on which she is lolling.

A charming deception. As if someone were paying attention to the heavenly messenger. The really remarkable thing is the way Madonna presents herself to her almost 17 million followers.

Because it is unusually revealing even by Madonna’s standards: bare nipples smile at the viewer in several of the ten divided images. Even though Instagram is known for its strict rules when it comes to nude photos.

Madonna shows what she has

But the musician doesn’t seem to care. Because the 63-year-old would like to proudly show her strongly rejuvenated body. True to the motto: why all the effort if nobody notices? And Madonna actually received a lot of praise and encouragement for her ten photos.

But just as perceptible are the followers who criticize their staging. “Nipplegate”, writes a user – alluding to Janet Jackson’s bare nipple at the 2004 Superbowl, which caused a huge scandal at the time. “What are you doing?” Asked another woman. And a follower asked briefly: “Why?”.

The mother of six can still rate her posting as a success: While her last posts sometimes only got 200,000 to 300,000 likes, more than 900,000 of her current photos pressed the heart button in the first twelve hours.

No question: Sex sells, even at 63. Who would know that better than Madonna, who raised attention to an art form in the 1980s?