‘La Casa Gucci’ surprises in our cinemas with a history of glamor, excess and greed 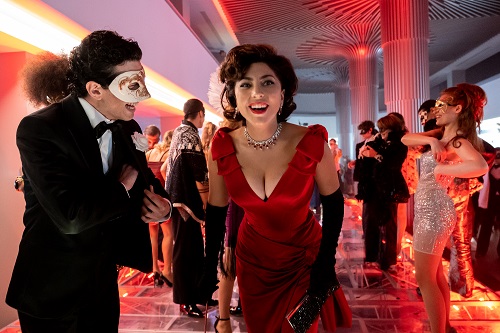 The fictions of the world of luxury fashion are trending. This year Netflix has released the Halston series about the turbulent life of the eccentric couturier and for 2022 a Disney + series about the life of the Spanish Balenciaga is expected. In addition, this Friday, November 26, it arrives in Spanish cinemas The Gucci House Ridley Scott’s long-awaited new movie.

The long-awaited film is based on the novel by writer Sara Gay Forden The House of Gucci: A Sensational Story of Murder, Madness, Glamour, and Greed What does he count in his book?the true story of the murder of Maurizio Gucci at the hands of a hit man hired by his ex-wife, Patrizia Reggiani.

An incredible story that does not lack a single detail: glamor, excesses, greed, betrayals, excesses, madness and even murder. The film tells the true story behind the marriage of Mauricio Gucci and Patrizia Reggiani and how This union affected the Gucci family, owners of the iconic Italian fashion brand, for three decades.. It begins and ends with a crime that marked the future of the Gucci family. What happened to reach this tremendous end?

The history of the Gucci family emporium

The film is inspired by the shocking true story of the Gucci family emporium and all the secrets of the past that the legendary Italian fashion brand hides. The Gucci House tell how is this wealthy family lived through three decades an intense story of love, betrayal, decadence and revenge. The real story ended with a dark murder, the trial of Patrizia and the Guzzi family’s need to wash their image and give value to a surname and a brand damaged by everything that happened.

The protagonist of The Gucci House Maurizio Gucci (Adam Driver), grandson of the founder of the empire, sHe wanted to enjoy a happy life next to the woman he loves, Patrizia Reggiani, whom Lady Gaga gives life. Patrizia Reggiani had a somewhat dark past: she was born in the Italian town of Vignola in 1948) and grew up in a humble family without knowing her father.

When Patrizia was 12 years old, her mother married the wealthy businessman Ferdinando Reggiani, who later adopted Patrizia. During the 80’s Maurizio Gucci and Patrizia Reggiani rubbed shoulders with high society and characters from the world of luxury fashion. At the end of 1998 Patrizia was found guilty of having murdered her husband through a hit man.

Director Ridley Scott, known for being the Oscar® winner for Best Picture for Gladiator, has opted for this movie after hit films like Blade Runner (1982), Thelma y Louise (1991) the Mars (2015).

The Gucci House stars the actors Lady Gaga who plays Patricia Reggiani and Adam Driver who plays Mauricio Guzzi. Also in the film are actors like Al Pacino, Jared Leto and Jeremy Irons. The cast is completed by Salma Hayek and Camille Cottin, among others.