Corona vaccination for children: what the approval means 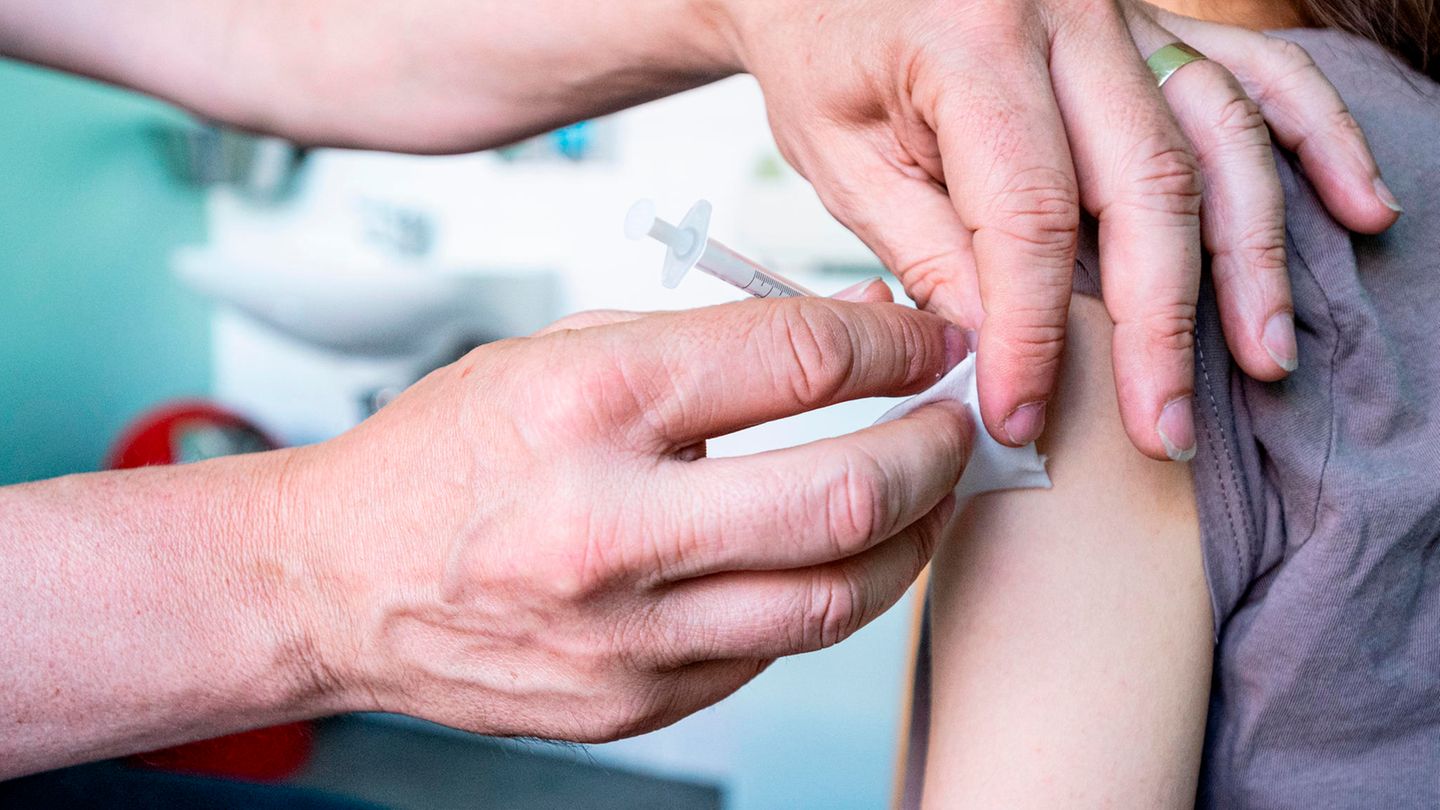 Adults in Germany have been vaccinated against Covid-19 for around eleven months. For children under the age of twelve, it should also start soon. Experts are holding back with a clear vote – for now.

With the corona incidence rising in Germany, vaccinations for children between the ages of five and eleven are within reach. The European Medicines Agency EMA on Thursday gave the green light for the approval of the preparation from Biontech / Pfizer (Comirnaty) also in the age group. Officially, the EU Commission still has to give its approval. Questions and answers:

Does the children’s vaccine differ from the vaccine that is already available?

Yes, smaller children only receive a third of the dose compared to the age group of twelve and over, i.e. 10 instead of 30 micrograms. Otherwise, the procedure is the same as for the big ones: Two syringes are given in the upper arm, three weeks apart.

How well does the vaccine work?

An evaluation published in the “New England Journal of Medicine” assesses the study by Biontech / Pfizer. The vaccination is safe and effective, is the conclusion. The vaccination effectiveness was estimated at 90.7 percent: three of the children vaccinated for the study contracted Covid-19 during the observation period – in the control group, which received only one placebo, it was 16. A total of around 1300 children received the vaccine.

How severe are the side effects?

The study authors saw “a favorable safety profile” and “no serious vaccine-related side effects”. Only “mild and temporary reactions” such as fever, pain at the puncture, fatigue or headache were recorded. The picture is thus similar to that of older people who have been vaccinated. In the opinion of the authors, the only three more severe damage in the observation period, such as a broken arm, were not related to the vaccination. Myocarditis, as it happened after vaccination of a large number of children from the age of twelve, was not found in this – quite small – test group.

What does the EMA say?

She concludes from the data that the benefits of the vaccine outweigh the risks, especially in children with pre-existing conditions, which increase the risk of severe Covid-19 courses. The decision does not mean that vaccination of children is now also recommended. The EMA emphasizes that this is a matter for national governments or health authorities.

What’s next in Germany?

Many paediatricians are based on the vote of the Standing Vaccination Commission (Stiko), which is still pending on the children’s vaccine. “We advocate to wait and see what the Stiko says,” said the spokesman for the professional association of paediatricians, Jakob Maske. He and other experts expect that there should initially be a Stiko recommendation for children with previous illnesses and seriously ill relatives – and not a general recommendation. However, this does not expressly mean that the vaccination is not possible after medical advice and if the child or the custodian or custodian accept individual wishes and risks, emphasized the German Society for Pediatric and Adolescent Medicine on Thursday.

What concerns does Stiko have?

“Approval is something completely different from a vaccination recommendation,” emphasized Stiko member Fred Zepp. For approval, it must be demonstrated that the vaccination triggers a protective antibody response and that it did not have any acute undesirable side effects in the test subjects. “What you don’t see in the registration study are risks that occur less frequently than would be statistically expected in such a small group.” If only a few children are vaccinated, there are very rare side effects that cannot be recognized, for example only occurring in ten out of 100,000 cases. The Stiko is also about getting data on rare vaccination complications from other countries. This could be the USA, Canada and Israel, for example, where the campaigns have already started.

How big is the Covid-19 risk of children?

It is comparatively low for healthy children. They did get infected, but the fact that they become seriously ill is the absolute exception, emphasized pediatrician spokesman Mask. The risk-benefit balance for the vaccine must therefore be different for children than for adults: “Because the risk is very small, the benefit must be very large.” Therefore, much stricter criteria would have to apply for possible side effects. “If the disease burden is very low, the vaccination has to be much safer.”

When does Stiko decide?

The committee wants to make its recommendation before the end of the year, “if possible by the start of delivery of the children’s vaccine to the federal states,” as Stiko chairman Thomas Mertens recently said. The acting Federal Minister of Health Jens Spahn (CDU) had announced this for December 20. 2.4 million doses of the vaccine will then be made available in a first delivery.

Are pediatricians allowed to vaccinate children under the age of twelve?

Yes, it is possible and it is already happening, but probably rather rarely. “This is a free medical decision,” said Maske. The technical term for this is off-label use. The vaccine that is already available is portioned by the doctor as intended in the approval study. The EMA decision on Thursday did not change anything in the off-label status, said Maske. He therefore does not expect doctors to now offer this widely – rather, they will wait until the special children’s vaccine is delivered before Christmas. “We also do not expect that there will be a huge run on the practices now.”

There are a number of parents who urgently want their children to be vaccinated. There are several reasons for this: for example, the child’s own previous illnesses or previous illnesses, concern about the possible consequences of a corona infection or the desire to enable the children to have a largely normal school and social life. Some parents look for doctors in their private lives who are willing to give off-label vaccinations. On the Internet, a voluntary initiative offers parents the placement of doctors willing to vaccinate.

There are also parents who generally refuse to have their children vaccinated. For example, because they shy away from the possible risks of vaccination or consider Covid disease in children to be harmless. If there is disagreement between parents about the vaccination, they can get advice from the youth welfare office, for example. In principle, it is also possible to obtain a court decision.

Can child vaccinations bring a breakthrough in the fight against pandemics?

That is questionable – even if the vaccination quota in Germany is likely to increase further. One should not forget that a large part of the problem are unvaccinated adults, said Stiko member Zepp. “We have to be careful that we do not have another substitute discussion to the disadvantage of children. The most important measure to overcome the pandemic remains unchanged, to protect as many adults as possible, preferably all, with vaccinations.” Because older, unvaccinated people in particular have a higher risk of needing an intensive care bed in the event of an infection – in the group over 60 years of age alone this is over three million.