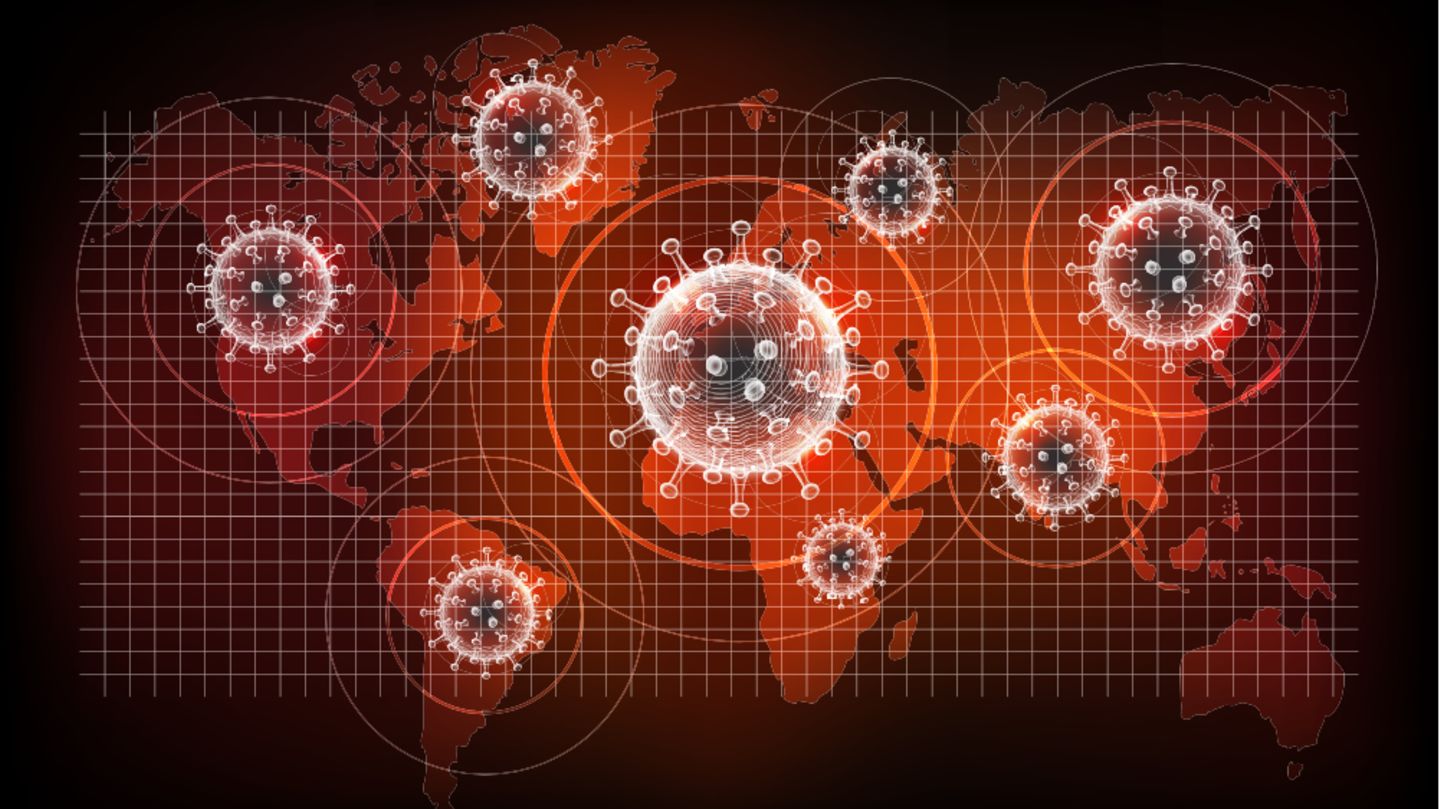 The coronavirus is not the same as coronavirus: There are now countless variants. Some, like the alpha type, hardly play a role anymore, other mutations, like B 1.1.529, which is rampant in South Africa, could be dangerous. An overview.

“Worrying virus variants” or English “Variants of concern” (VOC) names the types of coronaviruses that they consider dangerous. At the top of the list is currently the “Name” B.1.617.2 – better known as Delta. It dominates in many countries, including Germany. In addition to the VOC, there is also the VOI, the mutants “of interest”, i.e. those that could cause problems in the future. Version B.1.1.529, which is currently rapidly spreading in South Africa, will probably fall into one of these categories; the WHO wants to decide on it quickly. Science is concerned that the virus has an unusually high number of mutations and does not have a “pedigree” that suggests its origin.

“We are actually very worried,” said the head of the Robert Koch Institute. Lothar Wieler about the new variant. Specifically, he named changes to the spike protein, the part of the virus that binds it to human cells. Many vaccines are also directed against the spike protein. In addition, B.1.1.529 has mutations near the so-called Furin Cleavage Site, which plays a role in the uptake of the virus in human cells. “That suggests that it could be an increased transmission.” It is not yet certain whether it is actually more contagious than the previously known corona viruses.

The corona mutants and their origins:

Countless mutations of the Sars-Cov-2 virus have formed since the pandemic began in China at the end of 2019. Research currently suggests that humans were immune to previous variants. There are currently a dozen variants alone that are either considered to be of concern, are of interest or are at least under observation (VUM).

Delta (B.1.617.2; VOC): The now most common variant was first detected in India in October 2020. In Germany it has replaced the Alpha variant (B.1.1.7). According to studies, a full vaccination protects against a serious course of the disease. In addition, there is the Delta Plus variant (B1.617.2.1 or AY.1).

Alpha (B.1.1.7; VOC): Was first detected in the UK in September 2020. The alpha type triggered the first major corona waves, and there is evidence that it is contributing to increased mortality.

Beta (B.1.351; VOC): This virus variant was first discovered in South Africa in December 2020. Beta is hardly widespread in Germany. The virus type has an “escape mutation”. This could mean that antibodies that the immune system developed against the original form of Sars-CoV-2 could no longer recognize B.1.351. This could make a second corona infection possible.

Gamma (P.1; VOC): Was first detected in Brazil and is similar to the South African variant. Is also hardly widespread in Germany. Like the beta type, gamma also has an “escape mutation”. Cases are known from the severely affected Amazon region that proven recovered Covid-19 patients have become infected again.

In other words, those that either disappear again or have no questionable properties and are therefore only under observation:

While the different organizations largely agree on the worrying variants and those of interest, there are nevertheless differences: The European health authority ECDC lists the alpha variant under the label “de-escalating”, the new variant B 1.1.529, however, already under ” worrying “. In Germany there are also those who are under surveillance but have not yet been given a name.