PCR tests: for whom they are useful and free of charge 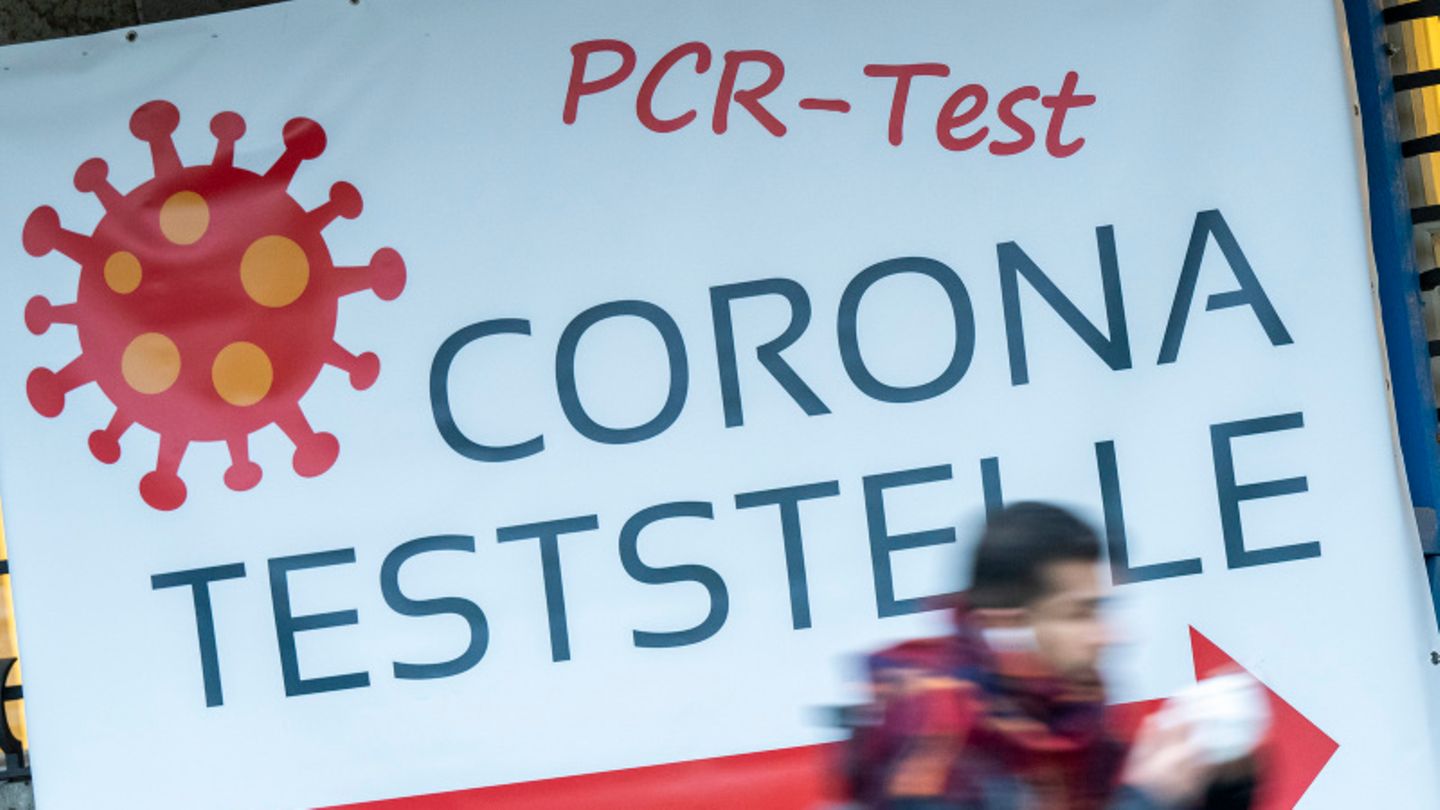 According to an industry association, German laboratories are increasingly reaching their limits when evaluating PCR tests. Omikron is to blame on the one hand, but also a lack of prioritization on the other. Who should take a PCR test? And when is it free?

Laboratories are working flat out evaluating PCR tests, but there’s no need to worry about breaking the breaking point just yet. That could change if, thanks to Omikron, the number of infections continues to skyrocket and the need for testing increases.

“As with all scarce resources, we will certainly have to pool capacities where necessary. This also applies to tests,” said Major General Carsten Breuer, head of the federal government’s Corona crisis team, to the “Süddeutsche Zeitung”.

But who should definitely have a PCR test done? And under what circumstances is it free? An overview.

For whom is a PCR test useful?

The Federal Ministry of Health describes the PCR test as the “gold standard of diagnostics”. A PCR test is particularly useful when a citizen shows symptoms (e.g. cough, fever, runny nose) or to verify a positive rapid/self-test. By the way: A negative second rapid or self-test does not invalidate the first test result!

Wherever there is a regular entitlement under the test regulation (e.g. hospitals, nursing homes, schools), the free rapid antigen tests should continue to be used.

What are the requirements for a free PCR test?

There are also other cases in which there is a “fundamental” but not “strict” right to a free PCR test. That means: In the following cases, use a quick test first:

Contacts of an infected person

This includes members of the same household and people with whom an infected person has had close contact indoors. The indication of an “increased risk” in the Corona-Warn-App also entitles you to a free PCR test.

14 days after being in a healthcare facility where infection occurred

This includes not only hospitals, but also schools, homes for asylum seekers and outpatient care.

These include rehabilitation clinics and shelters for the homeless. However, this only applies if the institution in question requires a PCR proof.

How is a PCR test different from a rapid test? When will the result be there?

According to the Federal Center for Health Education, the PCR test usually involves taking a sample from the mucous membranes of the respiratory tract. This can be a nasal cavity and/or throat swab. The doctor decides which method to use when taking the sample.

One of the reasons why the PCR test is so reliable is that the corona virus can be detected even in small quantities: the genetic material is greatly amplified in the laboratory analysis using the PCR method. This would take about four to five hours – plus transport time, preparation time and possible waiting times when capacity is high. In most cases, the result is available after 24 hours.

What is the current load on the laboratories due to the PCR tests?

According to the Association of Accredited Laboratories in Medicine (ALM), in the first week of the new year alone, around 56 percent more PCR tests were requested in specialist laboratories in Germany than in New Year’s week – around 1.4 million. According to Michael Müller, the chairman of the ALM, the laboratories are increasingly reaching the capacity limit in view of the skyrocketing number of infections. In an interview with the “Rheinische Post”, he said this is due to the fact that PCR tests are currently hardly prioritized in Germany. This could become a serious problem for people with corona symptoms and also for hospitals.

The current weekly PCR test capacity in Germany is currently 2.4 million, according to a spokesman for the Ministry of Health at the request of the stern explained. “An appreciable increase cannot be achieved not least because of the lack of staff to be expected in this area as well, the BMG is currently examining options,” he continues.

On Tuesday, the association had put the utilization of the test capacity at 64 percent. That’s still no cause for concern, says Müller. However, the association expects the load on the laboratories to continue to increase as soon as it is possible to test oneself out of the quarantine, as decided by the federal and state governments.

It is therefore imperative “that medical practices and test centers in particular are encouraged to align themselves with the national test strategy,” demanded Müller.

What could change in the future?

If the number of cases continues to rise rapidly, laboratories will inevitably reach a critical point at some point. Then prioritizing the critical infrastructure would be the logical step. That’s how the Green health expert Janosch Dahmen sees it.

On the one hand, PCR tests would have to be kept available for important medical diagnostics of seriously ill people and, on the other hand, for the staff of critical infrastructure, said Dahmen on Thursday on the RBB Inforadio. “This can mean that in individual cases, for example with free testing, there are delays. This not only means long queues in front of the test centers, but also that it takes a while for the test result to be available,” admitted Dahmen. The situation will only improve once the skyrocketing number of cases is brought under control.

The spokesman for the Ministry of Health said that it was already stipulated in it that prioritization would take place in the event that capacities were exhausted stern. Should the laboratories reach their limits, “nucleic acid amplifying rapid test methods could also be used more widely.” “Laboratory-based antigen tests”, which would be more accurate than ordinary rapid tests, would also be an alternative.

However, the spokesman concedes, “certain groups of people” may have to do without PCR tests if the number of cases is very high. However, this has “no relevance to the course of the pandemic and the individual measures to be taken.”

sources: ; ; ; with material from the dpa news agency