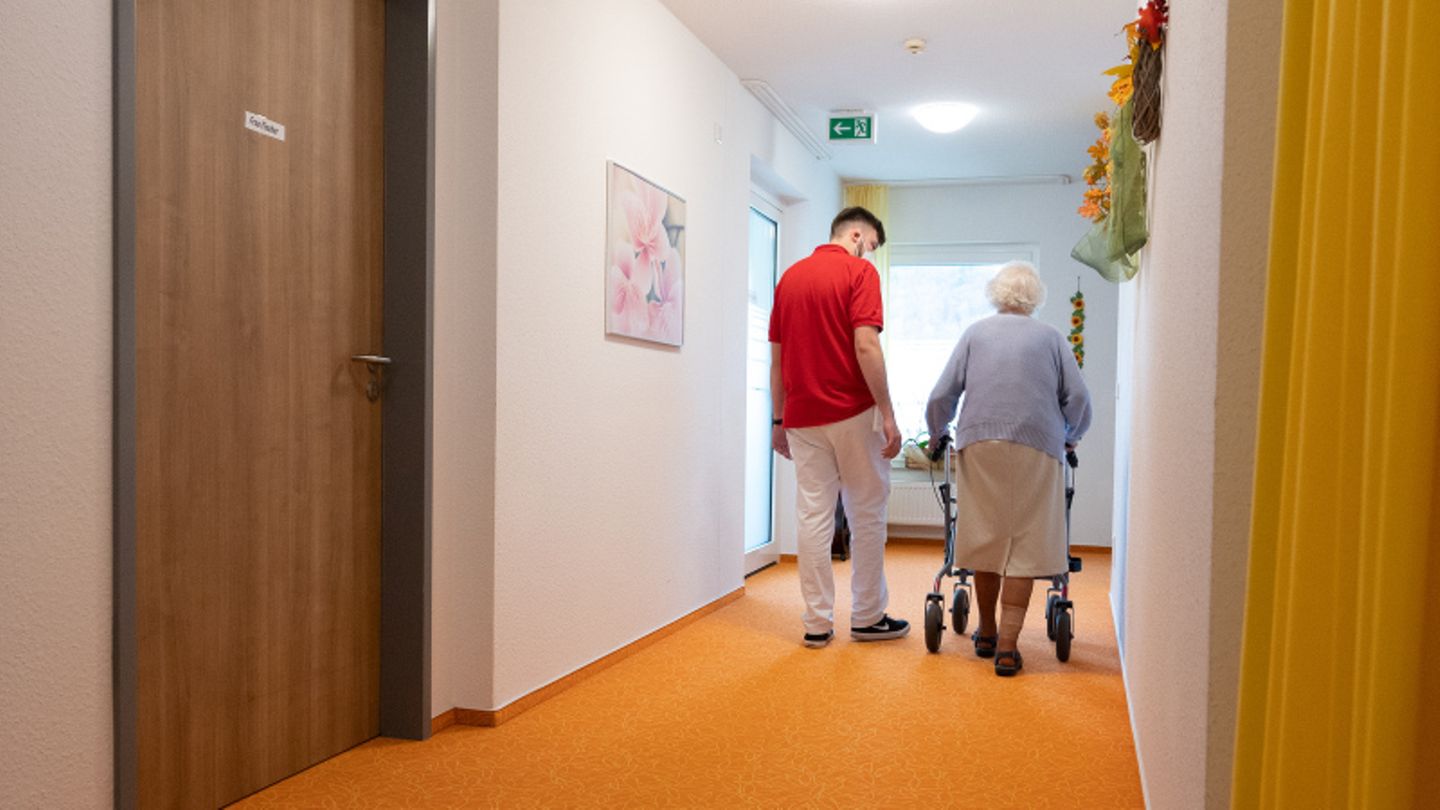 In a new study, the Bertelsmann Foundation criticizes the quality transparency of nursing homes. In some federal states, the results of expert opinions are not published at all.

Nobody likes to look for a nursing home. But if it is actually necessary, the aim is of course to find the best facility. However, this is not that easy. Reliable ratings of nursing homes are sometimes not published. The Bertelsmann Foundation is now criticizing this with a new study on quality transparency in nursing homes.

According to this, in a total of ten federal states, the results of the reports by state supervisory authorities would not be easy to view. But it is precisely these results that can be decisive for potential residents and their relatives when choosing a nursing home. The author of the study, Johannes Strotbek, criticizes: “This also applies to information on the actual deployment of staff in the homes and serious deficiencies.” People looking for a nursing home would thus be deprived of essential selection criteria, Strotbek continued.

Basically, nursing homes nationwide are controlled by two authorities: On the one hand, the medical service of the health insurance companies (MDK) examines the facilities. Since the beginning of this year, nursing homes have had to collect internal data on the care of their residents. This includes, for example, how independent and mobile the people being cared for are, how often they suffer from the consequences of bedsores (bed sores) and falls, and how often unintentional weight loss occurs.

The determined data must be forwarded to the data evaluation office (DAS). The agency then checks them for statistical plausibility and tells the nursing home if it’s better or worse than average. This data is also forwarded to the MDK.

There are also regular visits to the facilities. Here, the MDK examines the care situation with a view to self-sufficiency (eating, drinking, going to the toilet, etc.), coping with illness- and therapy-related requirements (medication administration and pain assessment) and the organization of social life.

If this sample matches the data collected by the facility, the MDK also conducts a technical discussion with the nursing staff on site, in which the results are discussed and possible suggestions for improvement are worked out. The results obtained are then published and can be viewed by any user on the Internet.

Ten federal states do not publish their reports at all

As complex and transparent as the MDK proceeds with its examination, some federal states are as opaque. Because the tests, which go beyond the individual situation of the residents, are a matter for the federal states. These reports are primarily aimed at the number of nursing staff in the respective facilities and the quality of care, i.e. the question of whether the nursing staff are sufficiently qualified to meet the needs of the residents.

This is particularly relevant for nursing homes that specialize in, for example, the care of people with dementia. But only six federal states publish these reports at all – ten states do not publish them at all.

For people who are looking for the best possible nursing home, this makes the choice very difficult, agrees Sabine Strüder from the Rhineland-Palatinate consumer center: “The biggest problem is getting enough staff at all. There is a lack of nursing Specialists as well as assistants. The quality of care depends largely on the staffing,” explains Strüder in an interview with the stern.

As the study by the Bertelsmann Foundation shows, the legislation in Germany is like a patchwork quilt. In the states of Lower Saxony, Rhineland-Palatinate, Saarland, Saxony and Thuringia, there is no legal provision for the reports to be published. In Bavaria and Saxony-Anhalt, according to the law, the data must actually be made public. However, it is not implemented due to court decisions. The situation is similar in Bremen. Here, too, the state’s reports should actually be published. Due to reservations under data protection law, however, the law is not implemented here either.

In Brandenburg, publication is not mandatory, in Schleswig-Holstein it is not implemented despite legal requirements. In Baden-Württemberg and Hesse, the data is at least made accessible by or in the facility.

Only in the four federal states of Berlin, Hamburg, Mecklenburg-Western Pomerania and North Rhine-Westphalia can the data be viewed without visiting the respective nursing home, i.e. online. According to the study, Hamburg is the model here. In the Hanseatic city, all the data from the reports are available to every citizen as “open data”.

But even within a federal state, the comparison of nursing homes can be complicated, according to the nursing expert: “In North Rhine-Westphalia, the authorities are located at the district level. That makes it more difficult to carry out tests in such a way that they can be compared afterwards.”

In addition, Strotbek, the author of the study, emphasizes that countries that want to ensure more transparency are faced with “complex but solvable” tasks – for example because representatives of the institutions are reluctant to publish the test results. In addition, the perspective of those affected was not taken into account enough.

The Bertelsmann Foundation is therefore calling for the state laws to be renewed so that the results of the tests can be collected and published centrally. This would make it easier for those in need of care and their families to choose a good quality facility. For Strüder, an example of this path is obvious: “Hamburg could be looked at as an example of best practice. You don’t have to reinvent the wheel for every federal state.”