Short test capacities in medical laboratories: That could be the solution 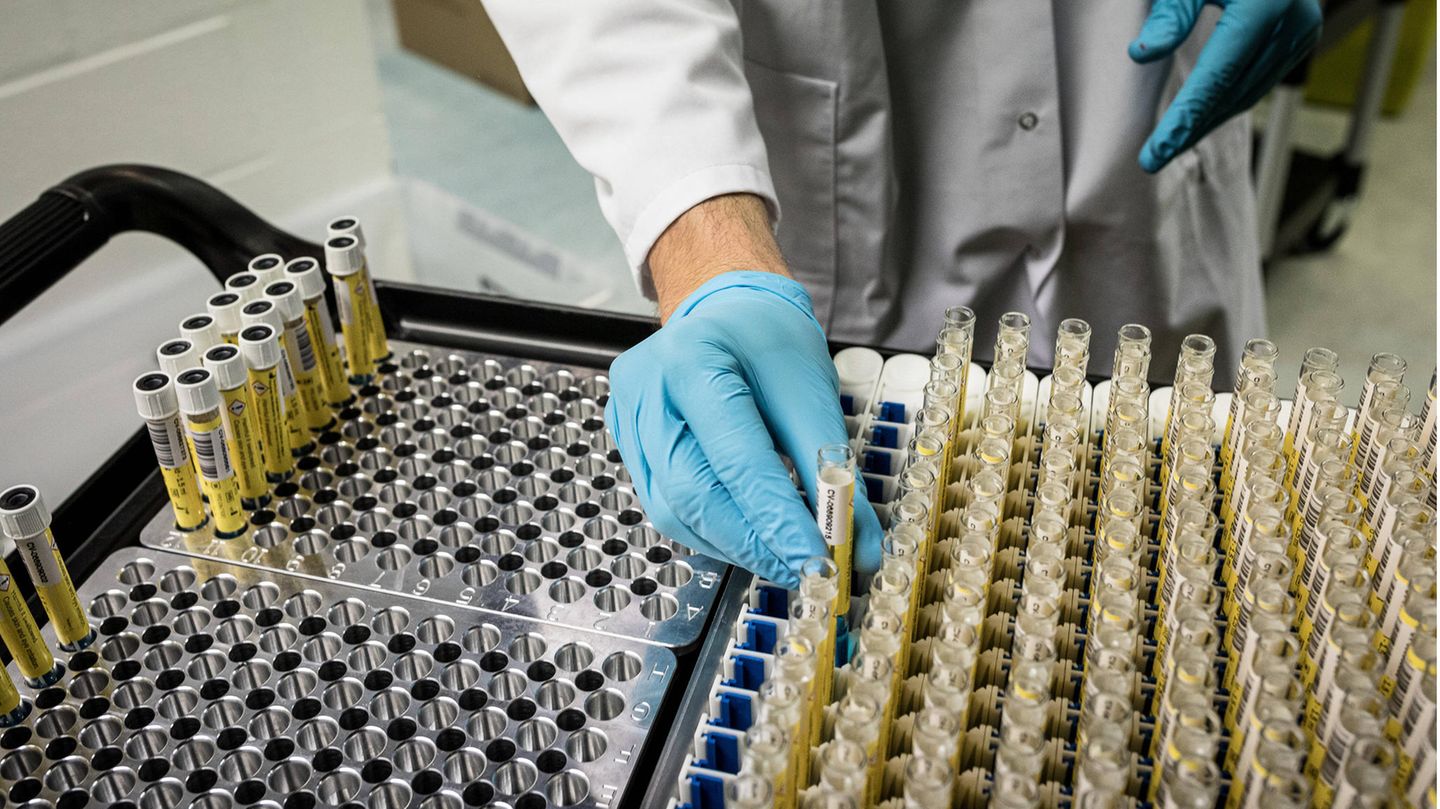 Some medical laboratories fear that test capacities will soon run out and are gradually unable to keep up with the evaluation of the many PCR tests. The prioritization of the corona tests is not the only solution.

In view of the omicron wave, the industry association “Accredited Laboratories in Medicine” warned on Thursday that laboratories were approaching the limits of their capacity. The reason: More infected people meant more tests.

However, it is still completely unclear whether such a scenario will really occur across Germany. In any case, this is not the case at the moment: According to the Federal Ministry of Health, 1.4 million PCR tests were carried out in the past week. On the other hand, there are capacities for around 2.6 million tests for this calendar week. “It is to be expected that this capacity will not be exhausted by far,” said spokesman Sebastian Gülde stern-demand with.

Laboratory boss on test capacities: “We don’t know what will happen next week”

This is also confirmed by Bioscientia boss Oliver Harzer. “We have a lot to do and are currently between 85 and 95 percent utilized,” explains the entrepreneur, who runs 20 laboratory locations in Germany stern. “I wouldn’t speak of a crisis just yet, but it’s difficult to estimate what will happen next week or the week after that.”

It is extremely difficult to make predictions about this. “Calculation models often refer to countries like Great Britain or Denmark, where the number of infections is much higher and the rules are much looser,” says Harzer. You can’t simply transfer that to Germany. However, the head of the laboratory expects a short peak of two to three weeks in which full capacity is reached – as was the case with the Delta variant in the fall. “Limited test capacities would then not be permanent.”

But what would the consequences be if laboratories were no longer able to keep up with the evaluation of the tests? “We are well positioned with our staff and the equipment. But if there is suddenly a large rush, the findings will be finished with a delay – and some people then unfortunately have to wait longer than we would like,” says the head of the laboratory. Only a certain number of samples can be processed per unit of time – that’s it. So if more samples end up in the laboratory in the future due to the possibility of testing oneself out of quarantine, the isolation time could end up being longer.

Prioritization in PCR tests: which samples have priority?

Meanwhile, the Federal Ministry of Health is already examining options to improve the situation for medical laboratories. “It is and remains important to control demand. The national test strategy already lists a prioritization of PCR tests when capacities are tight,” Gülde clarifies. But they only shift the problem: If certain groups are preferred, others will wait longer.

The idea of ​​prioritizing PCR tests is not new. “During the course of the pandemic, there were always phases where we used this for hospitals, geriatric care facilities or risk groups,” explains Harzer. “What’s new is that there are calls for the prioritization of personnel from the critical infrastructure.” Then the concrete implementation had to be clarified: “I can’t always use the incoming documents and samples from the various extraction points to check whether they really come from people from professional groups that have to be prioritized.”

However, Gülde sees a way in which the utilization of medical laboratories could actually be reduced: According to the spokesman, if capacities become scarce, laboratory-based antigen tests and rapid tests, which, like common PCR tests, are based on the examination of nucleic acids, could increasingly be used. If the number of cases is very high, it is also conceivable to switch to a diagnosis based only on symptoms or rapid antigen tests for certain groups of people – and thus to dispense with PCR tests.

Harzer also thinks this is a good option. “When in doubt and if there is political agreement on this, you have to make do with the second-best method in crises. That means: In the case of a follow-up test, we may also have to accept less sensitive test systems such as antigen tests – knowing that they are not as accurate as a PCR Test.”