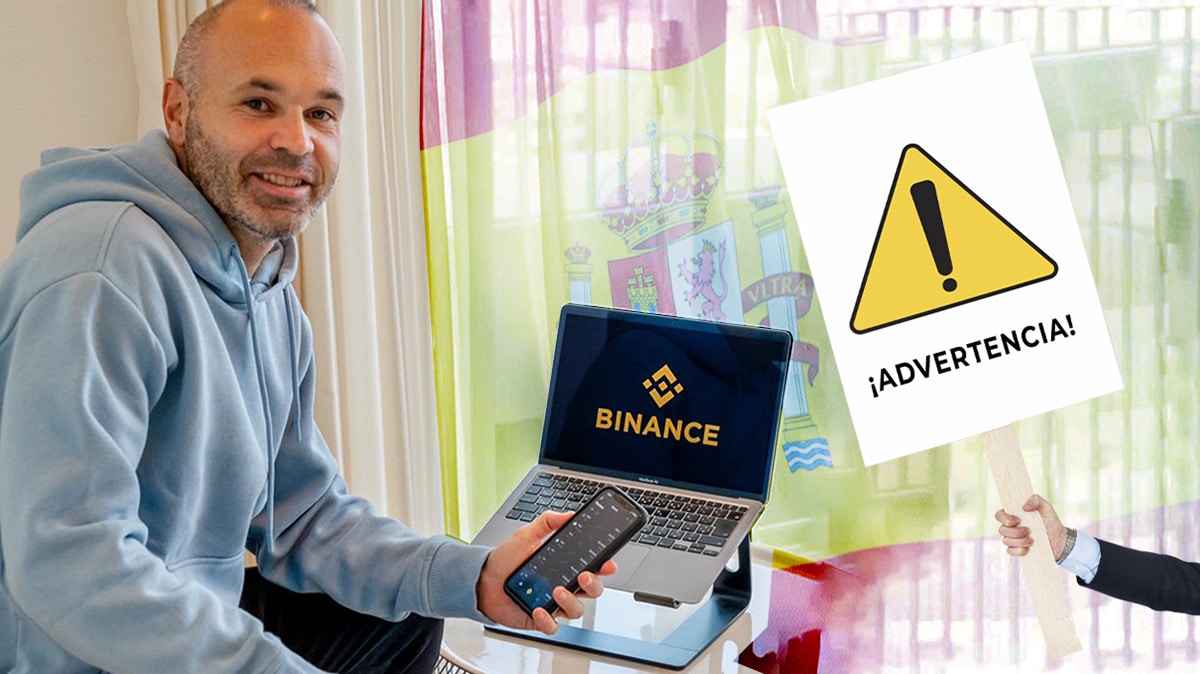 The exchange of bitcoin (BTC) and other cryptocurrencies, Binance, has launched an advertising campaign through its networks with the image of several recognized figures of world football. Among those players are the Colombian James Rodríguez and the Uruguayan Luis Suárez.

One of the new signings of the exchange house, is Spanish soccer player Andrés Iniesta, who became a Barcelona FC legend and currently plays in the Japanese league with club Vissel Kobe.

The advertising In the social network Twitter shows Iniesta, supposedly operando in the Binance platform with a mobile phone and a laptop. Accompanying the image is a short message that says: “I am learning how to get started with cryptocurrencies with @BinanceES #BinanceForAll“.

This caught the attention of the Spanish National Securities Market Commission (CNMV), who they did not hesitate responder to Iniesta, with a warning about the risk that – according to this entity – cryptocurrencies have.

Hello, Andrés Iniesta, crypto assets, being unregulated products, have some relevant risks. It is advisable to read the statement from @CNMV_MEDIOS of 2/9/2021 and inform yourself thoroughly before investing in them or recommending others to do so.

The statement to which they refer, among other things, indicates that this type of investment has “extreme volatility, complexity and lack of transparency that make it a high risk bet.”

This type of warnings are common in regulatory bodies, especially when they do not have a clear law or regulation in this regard. However, Spain, according to a report collected by CriptoNoticias, is one of the European countries that has made the most progress in this area.

Warning about advertising bitcoin and cryptocurrencies in Spain

The CNMV’s message to Iniesta is not surprising. A few days ago, the regulatory body made known his position on advertising about cryptocurrencies and to the platforms that operate with them, without having the corresponding authorization, a fact reported by this means.

The president of the CNMV, Rodrigo Buenaventura, said that “it is not admissible for internet companies to profit by charging for advertisements from suspicious investment firms, which appear on the warning lists of the CNMV or other international organizations.”

Precisely, Binance is among the companies that are on a “gray list” for alleged wrongdoing, as well as Coinbase and other popular exchanges.

The fact that Binance or Coinbase is listed, It does not imply prohibitions or blocking of websites. It only means that they do not have authorization from the CNMV to attract investments.