Coalition agreement: this is how foreign countries look to the new traffic light government 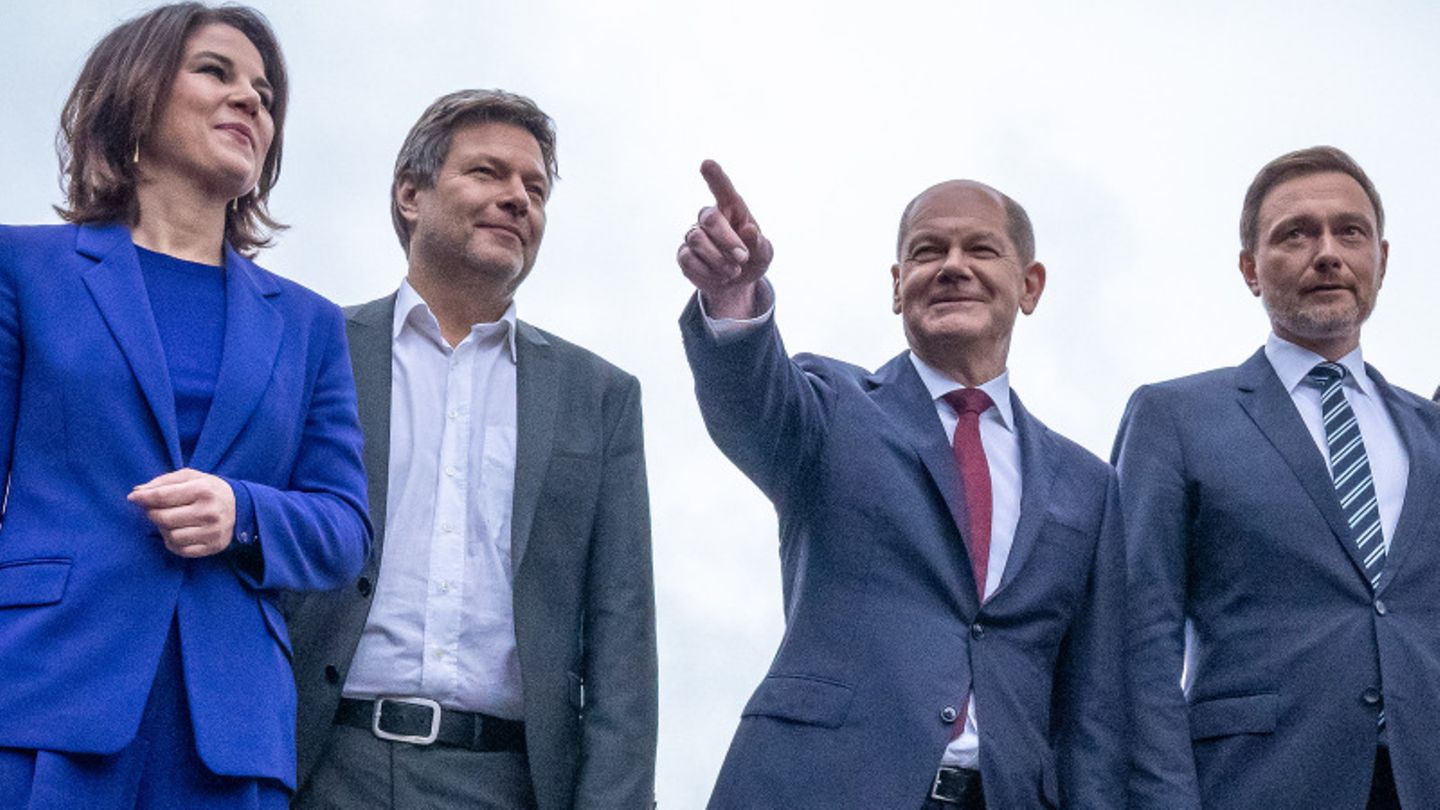 The future traffic light government has presented its coalition agreement and people also watched curiously from abroad. An overview of the international press reviews.

After 16 years of government under Angela Merkel, Germany is facing a historic change to a red-green-yellow traffic light government. Two months after the federal election, the SPD, Greens and FDP laid the foundation for the first traffic light federal government with the coalition agreement. “The traffic light is up,” announced the likely future Chancellor Olaf Scholz in Berlin.

Scholz’s announcement and the presentation of the coalition agreement was not only closely followed by the German media. The international press also quickly formed a judgment – from the “departure that has to wait” to a glimpse into the crystal ball at “four lively years” under the traffic light coalition. The voices at a glance.

“(…) But Olaf Scholz will not be squeamish about Great Britain. The coalition agreement expressly contains a provision to maintain the Northern Ireland Protocol. Boris Johnson could encounter a tougher stance in Berlin than Angela Merkel’s weary indulgence. Scholz has experience, a liberal agenda and high popularity ratings. Germany and its neighbors can look forward to a lively four years. “

“The new Chancellor to succeed Angela Merkel will be Olaf Scholz. His relative success in the September vote was based on the perception that he would change a little after the Merkel era, but not too much. The coalition agreement, which he worked out confirms this. As far as the political course is concerned, the most important elements of the coalition agreement relate to the climate. That was the price Scholz had to pay to keep the Greens on board. (…) The Germans have voted as if they wanted a government that sat out important disputes over the economic or strategic direction of the country. The voters’ wish became Scholz’s coalition. “

“Scholz will be elected Chancellor on December 7th or 8th, that much is certain. But instead of announcing the big departure, his government must first bring the pandemic under control, in the worst case by more or less re-establishing the country Germany does not yet know which Corona policy Merkel’s successor stands for, despite months of election campaigns. But it will find out quickly. “

“La Repubblica” (Italy): The pandemic worked like forceps for the traffic light coalition

“The major crises accelerate historical-political processes: After Angela Merkel’s long term in office, a social democrat is returning to the head of a German government. The dramatic spread of the pandemic has actually functioned as a forceps to pull the parties into the emerging coalition a feverish search for an agreement for their program. “

“(…) According to the negotiators, the priorities that this new team wants to set are not the sum of the party positions, but a hotly debated vision of how Germany can be green, social and liberal at the same time. It will be an exciting experiment For the first time in post-war history, Germany will be governed by a tripartite alliance made up of politicians who want to make a clear break with the past. “

“From the contract it follows that Berlin is ready for a constructive dialogue with Moscow and also wants to allow Russian citizens up to the age of 25 a visa-free entry. The likely new Federal Foreign Minister Annalena Baerbock did not only appear once with critical remarks to Moscow, she did the state structures of the Russian Federation are called on not to jump to conclusions from this. It is pointed out that the Chancellor has always personally steered German policy in relation to Russia. “

“The coalition members recognize the pressing problems in the country, but on the way to a solution they get lost again and again in the undergrowth. That may be due to ideological differences or the lack of courage to drill the really thick boards Angela Merkel depressed for 16 years. Maintaining power was her silent motto, to which everything else was subordinated. If the SPD, Greens and FDP were to keep things similar, the repeatedly repeated mantra of new beginnings and progress would be just talk. “