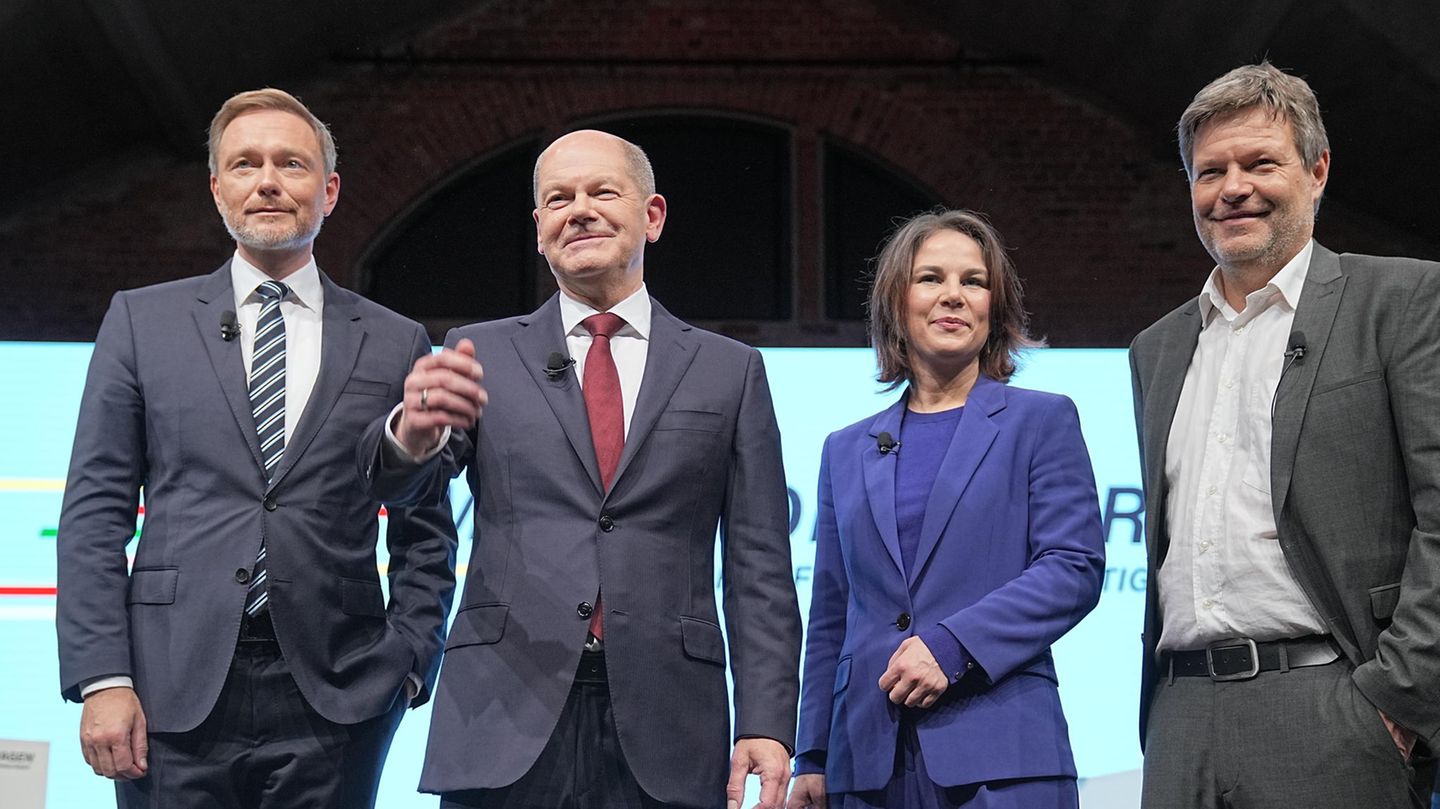 15 million electric cars, one million public charging stations and the expansion of rail traffic: with the publication of their coalition agreement, the SPD, Greens and FDP have presented new plans for the turnaround in traffic.

The traffic light coalition wants to achieve “sustainable, efficient, barrier-free, intelligent, innovative and affordable for everyone” mobility of the future in the area of ​​transport. According to the coalition agreement presented on Wednesday, a total of 15 million electric cars are to be on German roads by 2030. One million charging points should be publicly accessible.

Overall, the traffic light coalition wants to invest more money in the infrastructure. In the case of the autobahns, more emphasis is to be placed on the preservation and renovation of the motorway – however, “considerably more is to be invested in rail than in road”. One of the aims to flush money into the till is to align the truck toll more closely with the CO2 emissions of the trucks.

The number of passengers in local public transport is expected to increase significantly. The federal, state and local governments should agree on a financing plan by 2030. In addition, common quality criteria and standards for offers for urban and rural areas are to be defined.

The Alliance Pro Schiene welcomed the goals as an “encouraging signal for a traffic turnaround”. For the first time, a coalition is committed to the principle “rail before road”, explained managing director Dirk Flege. The alliance also assessed the alignment of truck tolls with CO2 emissions as positive.

The managing director of Greenpeace, Martin Kaiser, criticized the coalition agreement, however, as a “bitter disappointment” for the traffic turnaround. An exit from the internal combustion engine is not foreseeable before the deadline set by the EU. The traffic will be “foreseeable the problem of traffic lights in climate protection”, he explained.