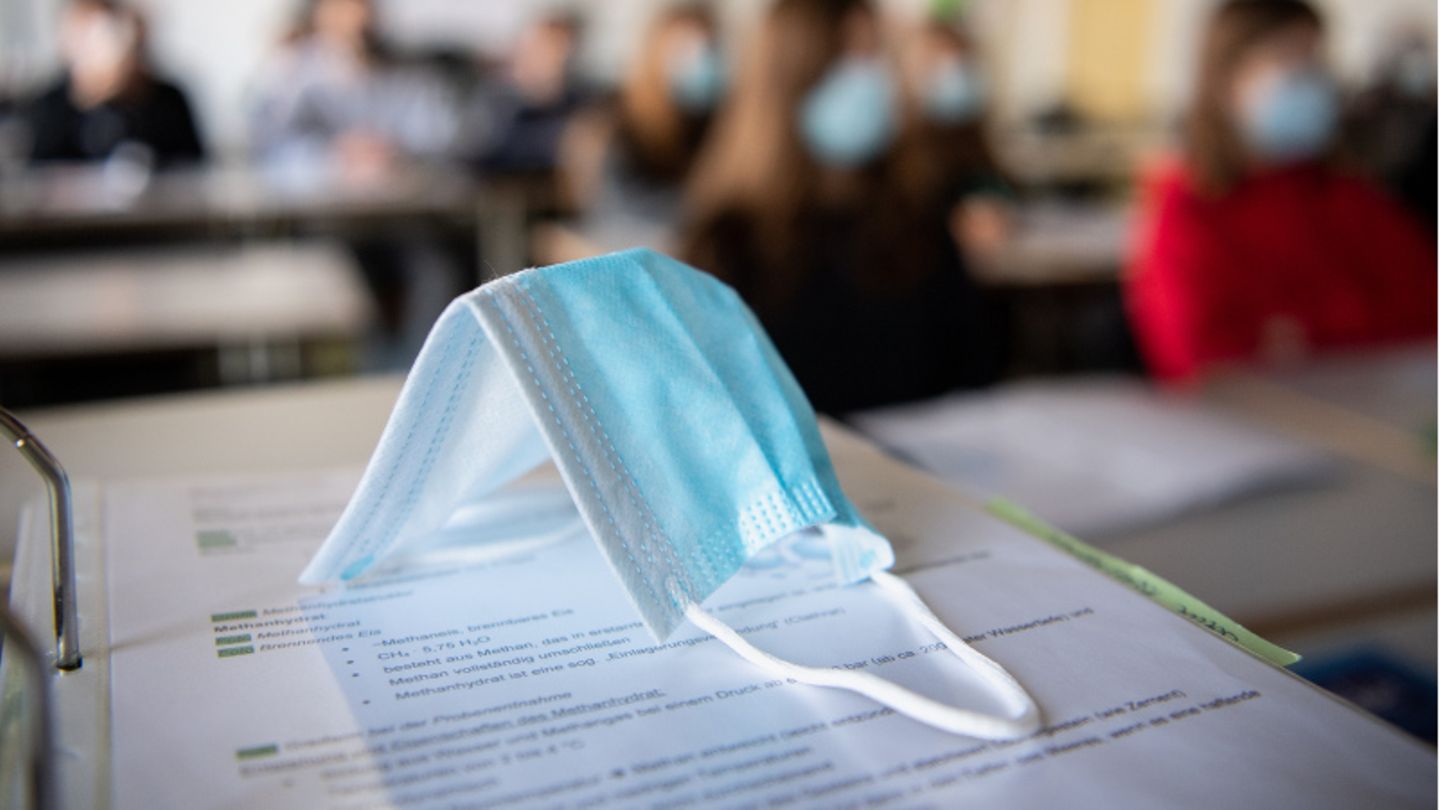 The infection numbers among schoolchildren in North Rhine-Westphalia are skyrocketing. Some already speak of a silent infection. But Education Minister Yvonne Gebauer insists on her loose course.

The corona numbers in Germany keep increasing – including those of schoolchildren. The infections are increasing in North Rhine-Westphalia in particular. In the week from November 10th to 17th, the Robert Koch Institute reported the age groups of five to nine year olds with an incidence of 504, and that of ten to fourteen year olds with an incidence of 524. For many experts, this development is not surprising. Virologists like Christian Drosten had already warned of another wave of infections in autumn and winter in the summer. Nevertheless, the Ministry of Education in North Rhine-Westphalia dropped the mask requirement in schools on November 2nd.

For the President of the North Rhine-Westphalian Teachers’ Association (NRWL), Andreas Bartsch, an incomprehensible step: “That was a complete ‘un-point in time’.” Everyone knew that autumn was approaching and there was a risk of getting into a situation similar to last year, Bartsch explains stern.

Despite the incidence over 500: For Minister Gebauer, schools are “hygiene filters” for children

Last Tuesday, the ministry issued a press release with an update on the current corona situation at schools in North Rhine-Westphalia. Education Minister Yvonne Gebauer from the FDP emphasized in it that school operations are strictly monitored and that developments continue to be monitored very closely. Gebauer also described somewhat cryptically: “Due to the strict testing, our schools act like a hygiene filter for children and adolescents during the pandemic.” In addition, the hygiene and test system in schools helps to control the infection rate.

For Bartsch incomprehensible: “Autumn is approaching, the numbers are rising and then it is still claimed that the children and schools are not the drivers of the pandemic.” Schoolchildren in North Rhine-Westphalia are currently being tested three times a week with quick or PCR lollipop tests.

“School is not an isolation ward”

In addition, children are the best-monitored population group in North Rhine-Westphalia thanks to the regular tests. This may be true, but it should be noted that the incidence of schoolchildren has risen sharply since the end of the mask requirement in schools in North Rhine-Westphalia. In this case, the Ministry of Education points out that the incidences of the population groups do not allow any conclusions to be drawn about where the infection occurred.

NRWL President Bartsch agrees, but he sees the situation from a different perspective: “The school system is not an isolation ward. The children go into the families, the teachers go back into the families, they take part in society outside of the school part – and the infection is still taking place there, too. ”

That is why he emphasizes: “We need this three-way battle between tests, masks and the necessary distance so that classroom lessons can continue to take place.”

This is exactly the top priority for Bartsch. Looking at the past year, you can see how high the burden on students and parents was from homeschooling. This distance lesson and models such as alternating lessons would have helped in times when the numbers were extremely high, but they are not a good solution in the long term, says Bartsch.

Teachers’ Association calls for a return of the mask requirement

The numbers are extremely high now – even higher than last year. Nevertheless, the NRW Ministry insists on leaving the regulations as they are at the moment: “In the course of the entire pandemic, the measures for compliance with hygiene and protection against infection were continuously adapted to the relevant situation in order to best match the right to education with health protection to reconcile.”

This is exactly what Bartsch demands, but the current protection through regular tests is not enough for him: “I urge that we come back to the mask requirement. Other federal states such as Bavaria, Saxony and Lower Saxony have already implemented this. So that we can secure face-to-face lessons and not get into the situation again, from distance learning and homeschooling. “

But with this demand he is biting granite for the time being. The ministry said that in view of the tests, hygiene regulations and modification of the quarantine regulation, the state government considers the lifting of the mask requirement to be “justifiable”.

Many students apparently see it differently, reports Bartsch. He was surprised how many students continue to wear a mask despite everything. Both in and outside of school, such as in the playground or at the bus stop. “The students seem to be more capable of learning than politics,” says Bartsch with a smile.