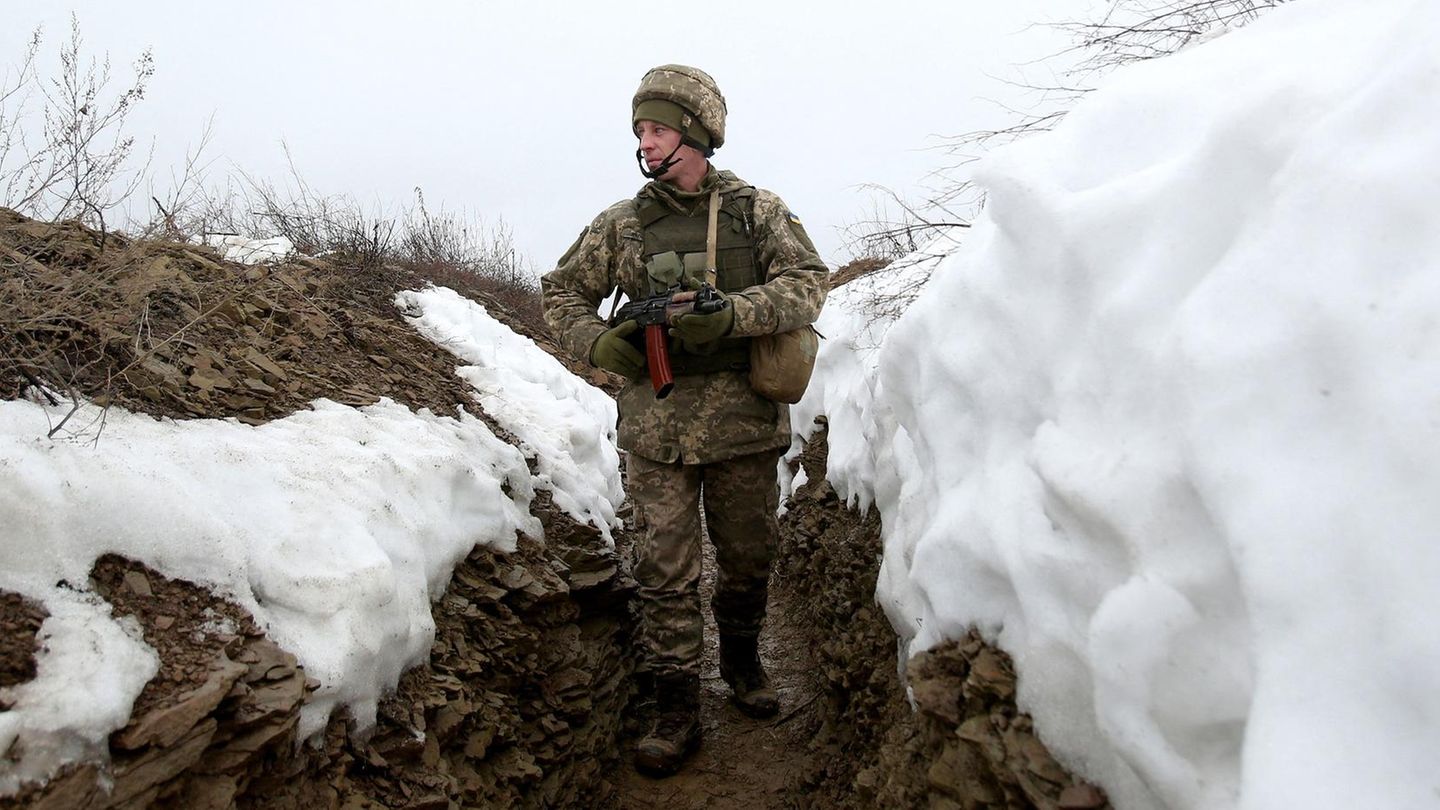 Top diplomats from Russia and the West are struggling to de-escalate the Ukraine conflict. agreement non-existent. Meanwhile, Kiev is reporting a large-scale cyber attack on government sites – and Washington is accusing Moscow of sinister plans.

According to the US government, Russia is working on creating a pretext for an invasion of Ukraine. “We have information indicating that Russia has already deployed a group of agents to conduct a false flag operation in eastern Ukraine,” a US official said.

The Russian agents are “trained in urban warfare and the use of explosives to commit acts of sabotage against Russia’s own proxy forces,” the US official said. “Russia is laying the groundwork to have the option of inventing a pretext for an invasion, including through acts of sabotage and intelligence operations.” The goal is to accuse Ukraine of “preparing an imminent attack on Russian forces in eastern Ukraine.”

The Russian armed forces plan to start these activities a few weeks before a military invasion, which could start “between mid-January and mid-February,” the government official said. The statements from Washington met with outrage in Moscow. “All of these statements have so far been unfounded and have not been confirmed by anything,” Kremlin spokesman Dmitry Peskov told the state news agency TASS.

Is Russia preparing to invade?

In view of a massive Russian troop deployment on the border with Ukraine, the West fears that Russia is currently preparing an invasion of the neighboring country after annexing Crimea in 2014. The Kremlin categorically denies this. At the same time, he is demanding agreements from the USA and NATO that would ban the eastward expansion of NATO and the establishment of US military bases in countries in the former Soviet sphere of influence.

On Friday there was a large-scale hacker attack on the Ukrainian government. The websites of the Ministry of Foreign Affairs, but also the Ministry of Energy and civil protection were affected. According to initial data, Kiev blamed Russia. There was initially no reaction from Moscow – but further complaints about a lack of accommodation on the part of the West at the talks this week in Geneva, Brussels and Vienna.

NATO condemned the attack and announced further support for Ukraine. According to Secretary General Jens Stoltenberg, an agreement on increased cooperation on cyber issues should in future give Ukraine access to a NATO platform for malware. The federal government also offered help. On Monday, Foreign Minister Annalena Baerbock (Greens) wants to travel to Kiev for the first time – and then on to Moscow.

Defense Minister Christine Lambrecht threatened Russia with consequences in the event of an attack on Ukraine. “Russia has no right of veto when it comes to alliance issues and cannot blackmail us here either,” said the SPD politician in the Bundestag, referring to Ukraine’s desire for NATO membership. US President Joe Biden’s security advisor, Jake Sullivan, called on Moscow to de-escalate. Russia has deployed tens of thousands of troops near the border with Ukraine, raising fears of a new war in the West.

At a meeting in the French port city of Brest, the EU foreign ministers agreed on a ten-point plan for dealing with Russia. The concept envisages relying on a mixture of deterrence and dialogue in view of the troop deployment. Preparations for new sanctions with partners such as the USA are to be continued. At the same time, the willingness to take confidence-building measures and support for possible new agreements on disarmament and arms control is emphasized.