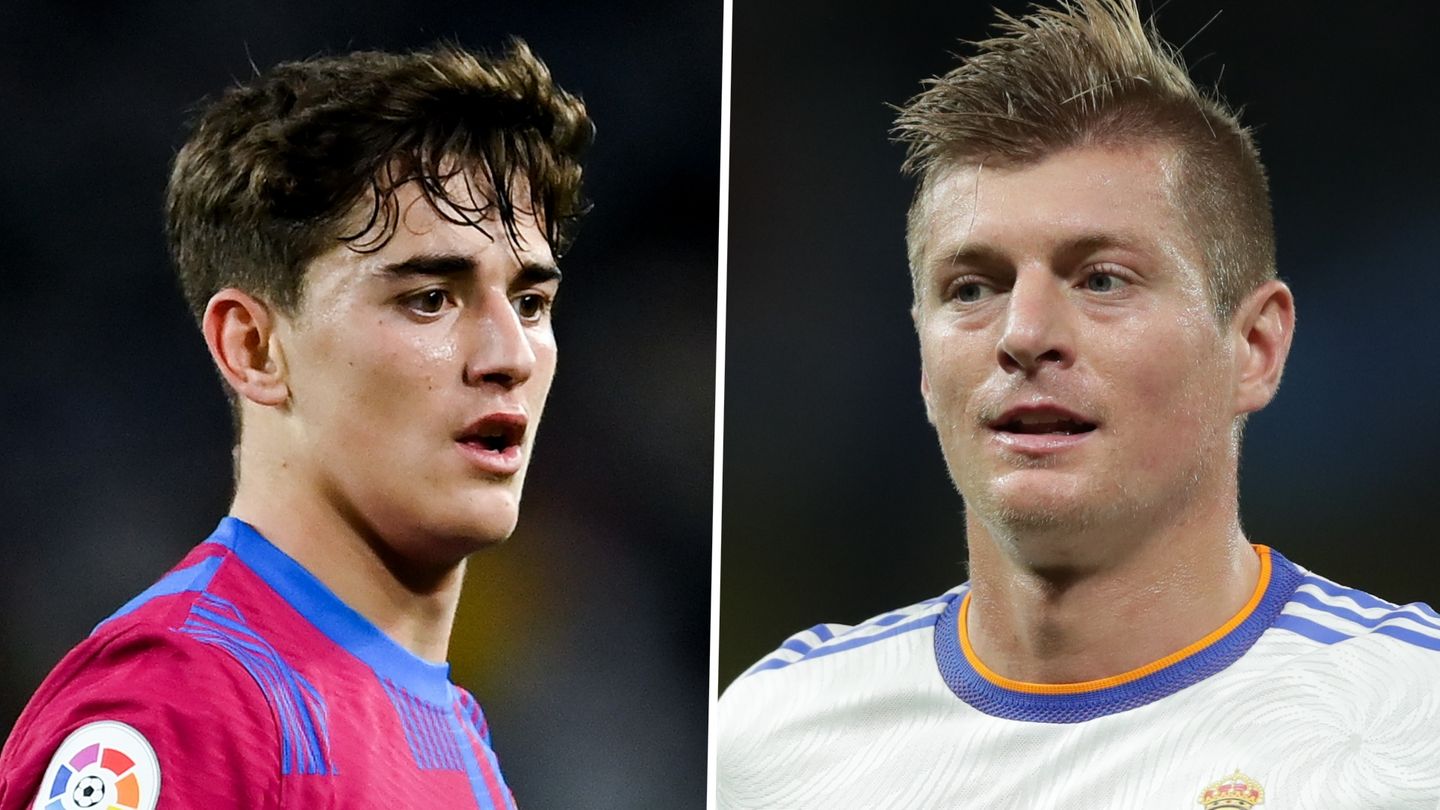 Was it a provocation? Gavi posted a picture of himself and Toni Kroos – but deleted it again after a short time.

Barcelona’s Gavi has apparently fired a jab at Real Madrid’s Toni Kroos via social media. The two fought numerous duels in midfield in the semi-finals of the Supercopa on Wednesday.

Gavi posted in his Instagram-Story a picture showing the duo. With one crucial difference between the players: while Gavi dynamically walks towards the ball, Kroos sits on the ground and looks aghast. The 17-year-old did not include a caption.

However, the picture in the story did not stay online for long. Possibly because Gavi has realized that such a spike after a losing game isn’t necessarily the best idea. Kroos is also known for .

In Spain’s LaLiga, Barca are 17 points behind the Madrilenians, who are dominant at the top of the table.