Is bitcoin the cause of the microprocessor shortage? Everything points to no 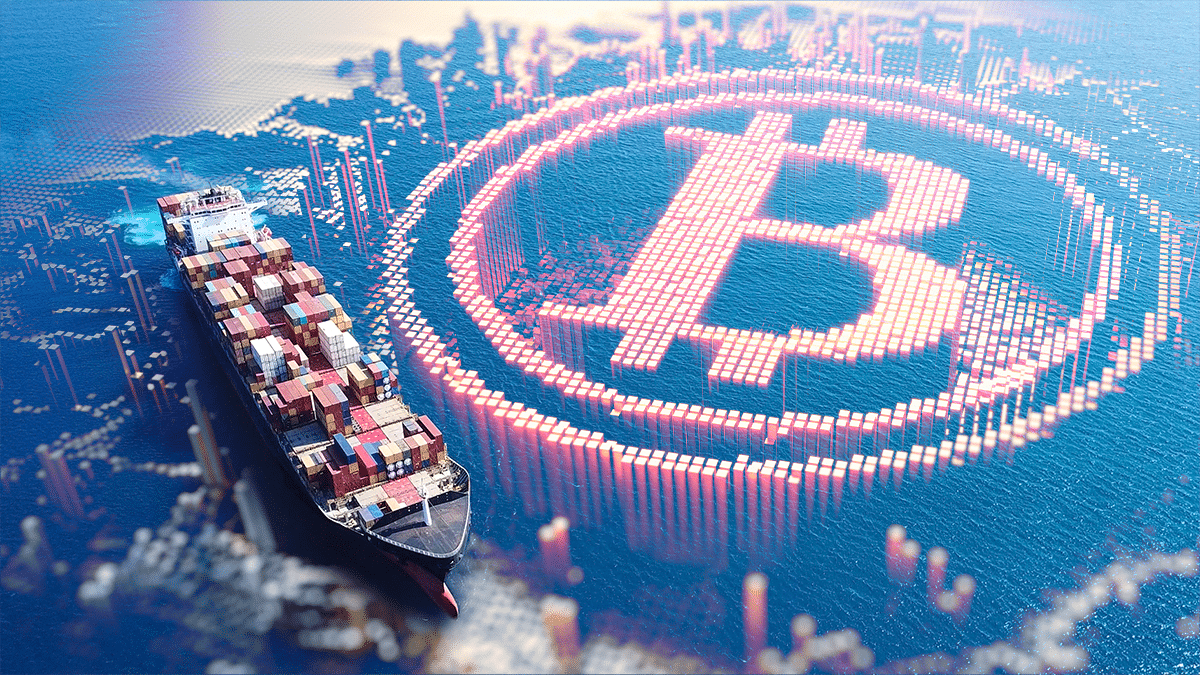 Bitcoin is digital. Its execution occurs at the software level, however, its existence depends on the hardware that supports all its infrastructure. ASIC mining equipment, for example, is among the main hardware, along with nodes, responsible for maintaining the network. However, due to the current shortage of microprocessors globally, Bitcoin appears to be taking a hit.

TSMC, the Taiwanese giant manufacturer of next-generation semiconductors, has a market share of more than 50%, being the largest in the world. This quota has generated a kind of dependence on the chips of this company. This causes an over-demand for microprocessors, which, to date, is not covered.

Last March, it was known that the Taiwanese firm would begin to limit the sale of chips for the Bitcoin field, specifically on the mining area, due to the increase in demand generated by the rise in the price of the cryptocurrency.

One of the hardest hit companies was Bitmain, which uses ASIC processors from TSMC for its next-generation S19Pro, S19 and t19 miners. The limitation placed by the Taiwanese company, caused delays of months in Bitmain. According to the report of the China Money Network portal, Bitmain was forced to inform that the miners destined to be delivered in May, would be rescheduled for August of this year.

ASIC bitcoin mining appears to be part of the problem

In the same report on the mining chip sales cap, Bitmain is said to have negotiated a “juicy” deal that would allow it to keep a production quota from TSMC.

At the beginning of November, CriptoNoticias reported what would be the new Bitmain S19 XP miners, which would integrate next-generation chips with 5 nanometer (nm) transistors leaving behind 7 nm ones. TSMC is listed as responsible for the manufacture of this new generation of microprocessors. This event coincides with the manufacturing agreement between Bitmain and TSMC.

In the midst of the problems and the shortage of microprocessors, the law of supply and demand is enforced: the higher the demand, the higher the price. Under this premise, Bitmain decided to increase the prices of its equipment by at least 20%, due to the increase imposed by the manufacturer TSMC.

From ASIC mining to GPUs, the microprocessor shortage continues

One alternative for miners who cannot get hold of ASIC equipment has been GPU mining. To clarify, bitcoin mining is currently only possible through ASIC equipment. In this case, GPU or graphics card mining is used in other cryptocurrency networks, such as Ethereum.

However, the GPU category has also been affected. For NVIDIA, a manufacturer of graphics cards, the shortage of microprocessors will continue in 2022.

It should be noted that in a recent report, it was known that at least 65% of all GPUs sold in the first three quarters of 2021 were from the NVIDIA brand. This demarcates a clear influence of the company in the market, either in the field of mining, gaming or publishing, in which this type of graphics card is usually in demand.

Interestingly, the demand for specialized GPUs for cryptocurrency mining dropped this year, hurting NVIDIA’s sales. For the third quarter of 2021, NVIDIA posted a drop of about 60% of its GPU sales, as reported by CriptoNoticias.

However, there are a couple of reasons to note about the shortage of microprocessors. The first of these is that this type of shortage does not necessarily point to a lack of supply within the market. It is also due to the so-called “container crisis» in which hundreds or thousands of containers wait in the ports to be transported to their destination. Deliveries to retailers are not being delivered on time, causing a delay of months. This has created a lack of supply, not because of low production, but because of failures in the supply chain.

On the other hand, in the case of NVIDIA’s low sales, in a bullish cryptocurrency market, China’s veto on cryptocurrency mining seems to be the big one. This is because, since May of this year, China has decided to persecute miners (ASIC or GPU) under the allegation of environmental damage. Thus leading to ban mining in up to 8 provinces throughout the region.

Although the crisis has already affected the development of new graphics cards, TSMC continues to generate more market. NVIDIA, along with other manufacturers in the graphics card business, have already agreed with TSMC to manufacture next-generation 3nm microprocessors.

In the opinion of Reuter Breakingnews reporter Robyn Mak, in the field of next-generation chips, TSMC has a market share of over 90%.

This could translate into even more dependency, and in turn more scarcity, while production normalizes.

In relation to how to analyze this crisis, the well-known Moore’s law can be cited. It states that approximately every 2 years the number of transistors within a microprocessor doubles. For example, it is currently going from 5nm to 3nm transistors, which would mean that they can print, in the same space, twice as many transistors, resulting in an increase in processing capacity.

This law, in turn, has a direct implication on the price of chips. By doubling the number of transistors, or better understood, at a higher level of processing, old technologies become cheaper. However, 2021 seems not to follow this trend. However, it is worth noting that there have been upward trends for years, with 2019 and 2017 being the most recent, but they have not changed the general trend.

According to the semiconductor price index, since at least 2012, the downward trend has always been very marked. However, in relation to 2021, there is a growth in the index, marking a small upward trend. This taking into account that 3nm semiconductors have not yet hit the market..

Have hardware wallets been affected by this crisis? Trezor spoke about it

Bitcoin, as mentioned at the beginning, is totally digital, but it depends on hardware to survive. In this case, hardware wallets, cold storage devices, also make use of microprocessors, which is why their manufacture may be affected in this crisis.

In this case, Trezor, one of the most used hardware wallets in the world, has declared about the current crisis, that the company has not been affected. The devices of this company use a STM32F4 series microprocessorThese, according to Trezor himself, are in common use and manufactured by a large number of manufacturers worldwide, and do not present any type of shortage or high demand, according to records of the company itself.

In a statement detailing Trezor’s position in the face of this crisis, the company announces what will be its new chips known as TASSIC, developed by the company itself, which will use the new hardware wallets from 2022.

According to forecasts, Trezor should not suffer delays once the production line is operational. However, the statement itself expresses the taking of forecasts by customers when placing orders, since the container crisis is still present, which could delay deliveries to suppliers and retailers.

With almost two years of quarantine, the economic consequences have been critical, completely halting maritime transport. In the absence of production, the ships simply did not move.

But, with some countries resuming operations and trying to resume the demand for products, what is known as a bottleneck occurred, leading to the container crisis.

With production and demand that are returning to normal, the crises in the supply chains are accentuated, because cargo ships find it almost impossible to deliver on time. To the delays must be added what happened last March when a cargo ship got stuck in the Suez Canal of the Mediterranean Sea, freezing more than USD 10 billion in trade.

On the other hand, added to a high demand and basically a centralization of production, TSMC can be singled out as the culprit behind the microprocessor shortage. As mentioned above, the Taiwanese company, as regards the manufacture of state-of-the-art chips, in this case 5nm and 3nm, controls 90% of world production. A deficit in supply and the result is the current crisis.

Companies, not only in the Bitcoin industry, are trying to remedy these types of drawbacks, either with more substantial contracts with TSMC, such as Bitmain and NVIDIA, or with the development of their own microprocessor factories, such as This is the case with Ford Motors, whose automotive industry has been the most affected by this crisis.

Even when the shortage of microprocessors

2022 seemed like the year of hope. With the majority of the population vaccinated, the normalization of economic activities would be just around the corner. However, for hardware manufacturers, the date of return to normality is yet to be seen.

NVIDIA had already declared, as detailed in the text, a return to normality in 2022. These statements coincide with those offered by TSMC, who predicts 2022 as the year of normality.

To mitigate the high demand that TSMC currently suffers, the company has declared that it would invest more than 100 billion in the growth of its company until 2024. This could be added to the fact that, between 2022 and 2023 the production and delivery of microprocessors is normalized. However, political issues could also define the path of the crisis.

China and the US are currently engaged in an all-out economic warfare. As Taiwan is the headquarters of TSMC, a country allied to the interests of the United States, and China the main client of the semiconductor manufacturing company, it has questioned the date of return to normality. In this case, geopolitics could define how long the chip shortage can continue.