Real estate loans are increasing – that could be dangerous 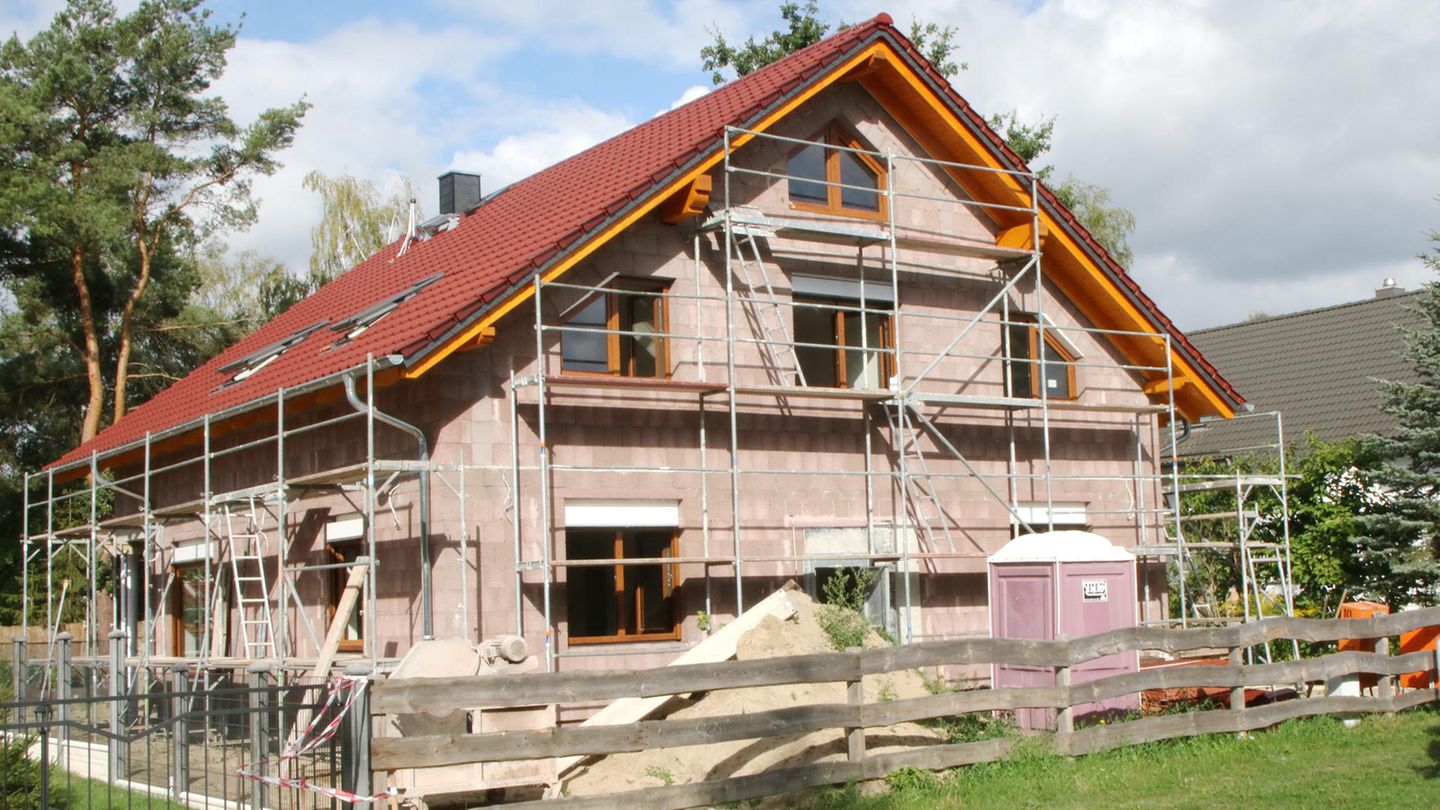 Real estate prices have been rising for years, but the money to buy them came at historically low interest rates. But those times seem over. Those who borrow money from the bank have to dig deeper into their pockets.

Real estate prices know no limit, it seems. Even away from the metropolitan areas, the prices for a home are climbing. Only in a very few regions of Germany are prices stagnating. “The prices for residential property have been rising continuously since 2010. The upward trend has continued since the corona pandemic – despite the decline in economic output,” says “Wüstenrot”. “The real estate market is thus unaffected by the effects of the pandemic.”

The problem: the trend could intensify. Because if you want to buy a property quickly out of concern about rising interest rates, you simply accept high prices. According to the “Wiwo”, only more equity will help to reduce the interest burden. “This trend is likely to continue”, says Max Herbst, owner of FMH Finanzberatung, to “”. “Because inflation is also pulling interest rates up.”

The experts at Interhyp, on the other hand, do not yet want to speak of a trend reversal. However, if you already have a property in mind and are currently hoping for better credit conditions, you should strike directly.

Follow-up financing as a risk

However, Häusle buyers could face enormous financial burdens in the future. Because if the end of cheap loans has been heralded, follow-up financing could turn out to be an enormous hurdle. Households in particular that have bought property without a financial buffer and financed it on a monthly basis could quickly get into difficulties with higher repayment rates. The “Wiwo” also warns of a high residual debt if the borrower cannot make higher advance payments: “In the worst case, the financing threatens to overturn.” Full financing is particularly dangerous in this case, as the mortgage lending value of the property is quickly exceeded. This value indicates how much the bank would still get for the property in the event of a foreclosure sale.

If you want to purchase a property, you should definitely calculate realistically – and also calculate rising interest rates so that the dream of owning your own home does not turn into a nightmare. advise to bring at least 20 percent of the purchase price as equity. In addition, there are the ancillary purchase costs, which should also be paid without credit.

These are the most environmentally friendly commuter cities

Share
Facebook
Twitter
Pinterest
WhatsApp
Previous articleReal estate: Bundesbank warns of risks on the German real estate market
Next articlePavle Kostic dies at the age of only 23: Schalke mourns the loss of an esports professional