Frank Behrendt: Appreciation – the most valuable currency in the world 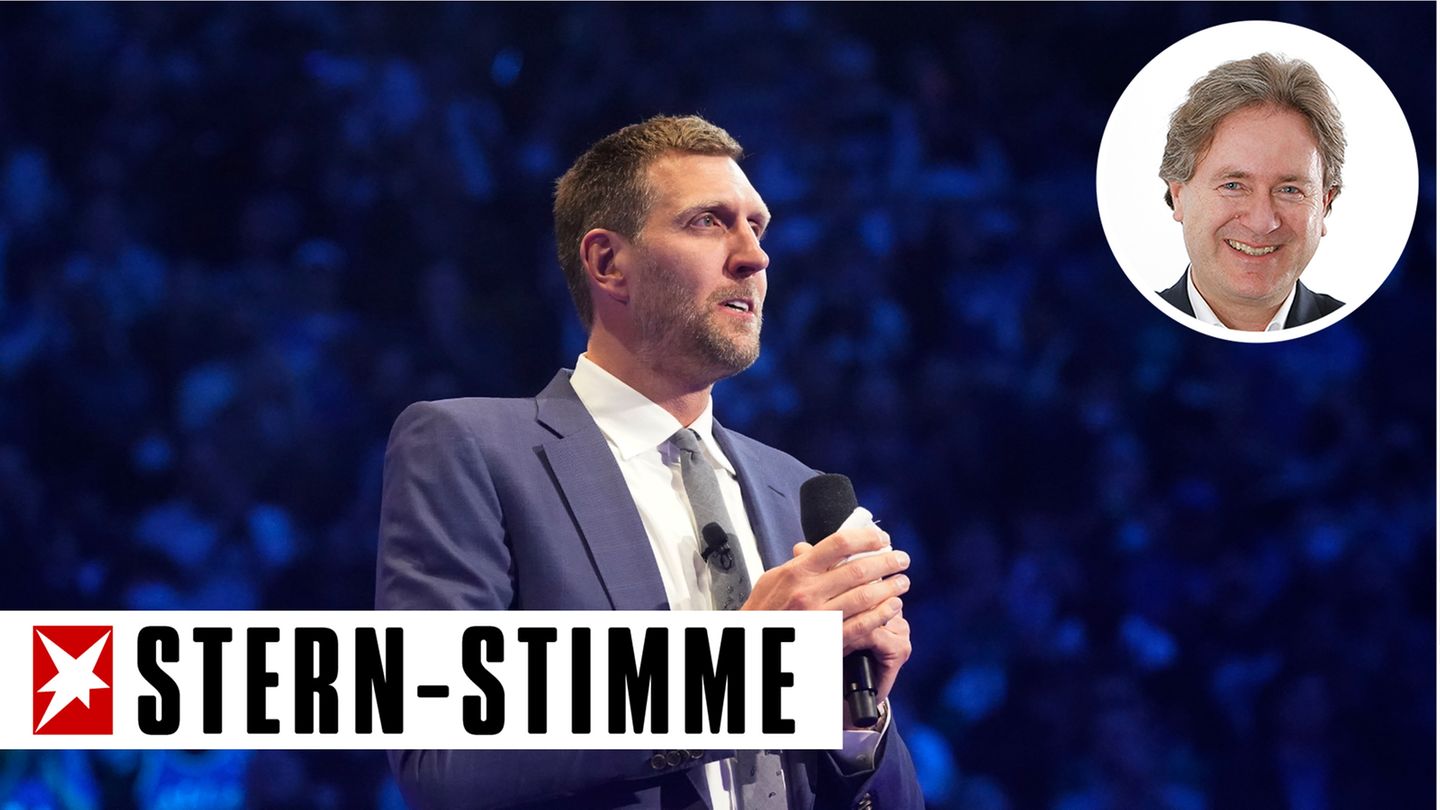 I recently watched Dirk Nowitzki’s “Jersey Retirement” with my teenage son Josh: his number 41 jersey was pulled under the hall ceiling. A highly emotional show full of appreciation. I had goosebumps, we were impressed, also by the speech of the honoree.

When the once lanky boy “from Würzburg, Germany” – now a huge man – stepped up to the microphone in front of the cheering crowd, there was silence. Everyone – really everyone – listened raptly, because the guy who used to be dubbed “The German Wunderkind” didn’t forget anyone. No matter who was by his side when and where, a thank you rained down.

For the employees in the club’s office in Dallas, who once got the newcomer a rental car in America, as well as for the parents, who had driven him from training hall to training hall for years without complaint. He also didn’t forget his longtime personal mentor and trainer Holger Geschwindner. The humble man smiled coyly, he doesn’t appreciate the limelight. This time it was unavoidable, nobody escaped Dirk’s appreciation fireworks.

Frank Behrendt: The Guru of Serenity

Frank Behrendt (58) is one of the best-known communications consultants in Germany. The graduate of the German School of Journalism was a top manager in the music industry, in television and in large agencies. His book “Love your life and NOT your job” became an economic bestseller immediately after publication. The German Public Relations Society honored the man, who is always in a good mood, as “PR Head of the Year”. Further information: Direct dialogue:

At the end he thanked all the fans in the arena. For their support – not only during the biggest triumphs – but also after the biggest defeats. The giant bowed, the people wiped tears from their eyes and cheered their idol. gratitude on both sides.

It doesn’t always have to be a bulging super dome in showbiz-savvy America to document that you value the achievements of others. When my youngest daughter was in kindergarten, I was particularly impressed by one teacher. The children loved her, she was the most important reason to go to the creatively designed facility in the morning. When Sandra smiled, the sun rose in her heart even when it was raining.

I will never forget that she greeted every child as equals. She knelt down and looked the little ones straight in the eyes. “I also do it so that the children learn early on that you should never treat someone down,” she once explained to me when we talked longer. I had never really thought about the phrase “treat someone down” before. Ever since.

In the past, when society was still very much divided into upper and lower classes, it was common for people from “higher” classes to communicate little or not at all with “lower” classes. And when they did, they were spoken to “from above”. Today, the principle of communication at eye level applies not only to exemplary leaders. A valuable dialogue works much better if you talk to each other on an equal footing.

Incidentally, the wonderful Sandra was also a master of appreciation. Whenever children had achieved something, she found a nice word, praised. How often has Holly reported that Sandra found the pirate telescope made out of three toilet paper rolls or the baby elephant made out of modeling clay “very beautiful”. Appreciation makes you happy, conveys self-confidence, motivates. In kindergarten or school as well as at work.

“Feedback from the heart”

My first boss, Gerhard W. Patt, thoroughbred Bavarian and communications veteran in the aviation industry, once explained the basics of good management to me as a youngster in the canteen of the Dornier aircraft manufacturer in Oberpfaffenhofen. One of his messages, which I have never forgotten in my career: “Real appreciation is more important than any salary increase. Take an interest in people, appreciate their individual contribution and give them heartfelt feedback.” “Feedback from the heart”, that’s exactly what he said. Sustainably grandiose.

When I later put his valuable impulses into practice, I found that the honest appreciation that was conveyed to me gave me a lot in return. People who get positive feedback keep the feeling throughout the day, they leave the room with different movements than when they came in, they literally float. Experiencing this is also a pleasure.

People are not only happy about a personally expressed recognition of their performance in the immediate working environment, but also in the wide universe of other services. Tipping is always a good way of saying “thank you” and should not be spared. But the financial contribution can still be refined. When my family and I dined in the quaint “Pirate’s Nest” in the port of List on the North Sea island of Sylt last summer, we were treated to an extremely nice waitress. The young man knew how to wrap the Corona hygiene measures with a smile, had a magical way of talking to the children, played with our dog. He was attentive, never intrusive, and exuded a sense of humor that matched the atmosphere.

We expressly praised him for that when we left and asked him to stay that way: a lovable person who made others particularly happy with the extraordinary way in which he did his job. The young man was downright touched, almost speechless. “Hey, you’re a nice family, I’d love to have you here all the time,” he exclaimed, and we promised to make him happy more often. When we saw him again later, after we’d gotten some ice cream, clearing the tables, he waved at us and made a heart with his thumb and index fingers. Appreciation makes you happy. Always and everywhere.