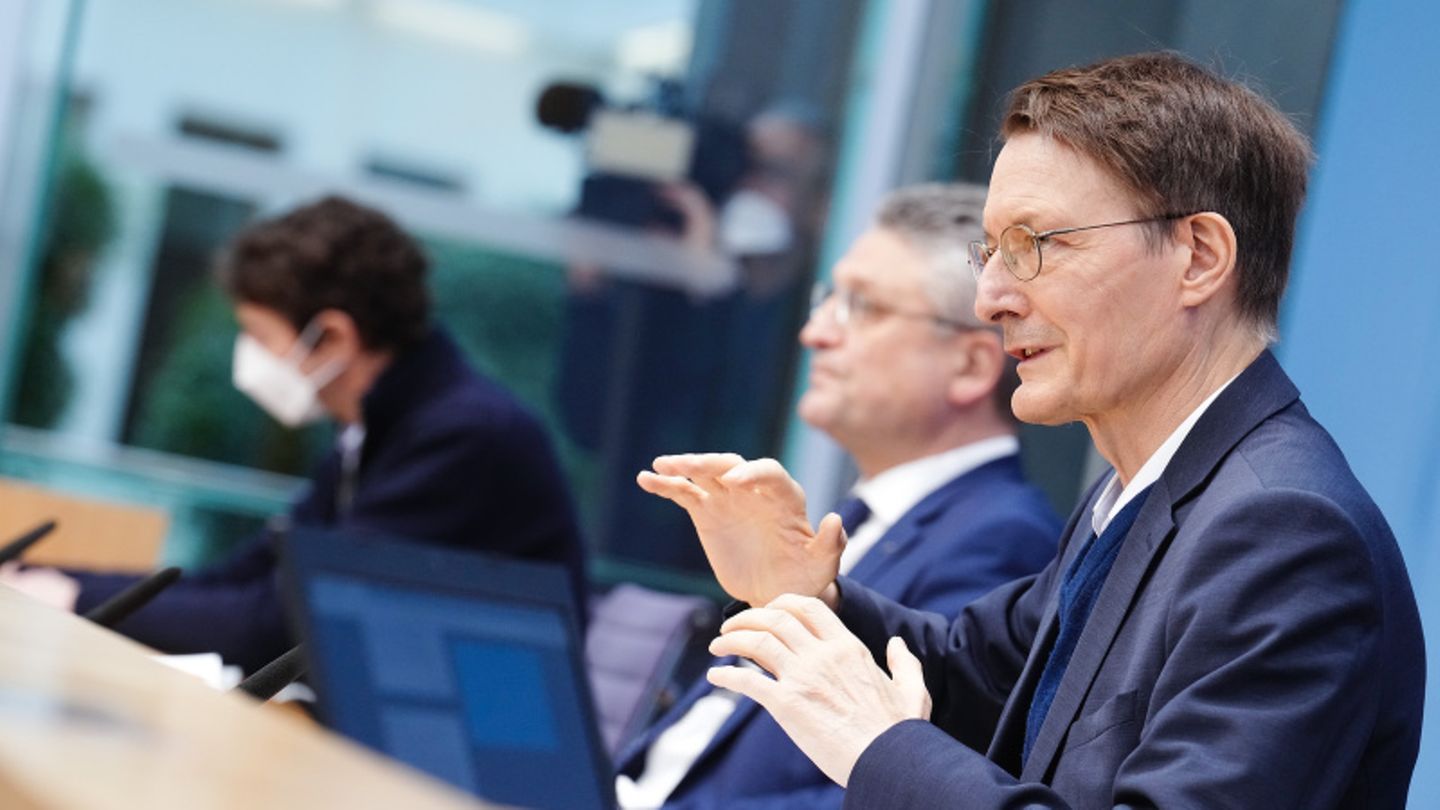 Health Minister Karl Lauterbach, RKI President Lothar Wieler and virologist Christian Drosten commented on the current corona situation at the federal press conference. The conclusion: Although the measures are having an effect, there is no reason to give the all-clear.

Because of the rapidly spreading omicron variant, the number of infections has recently skyrocketed. According to the most recent data for the first calendar week of 2022, which is based on reports from the federal states and also includes suspected cases, according to the RKI report, the variant accounted for 73 percent – and is now the dominant virus variant in Germany.

Omikron is by far the dominant variant, said Lauterbach at the beginning of the event. In the coming weeks, Omikron will completely displace the Delta variant, added RKI President Lothar Wieler. The number of people in intensive care units is declining, as is the number of deaths. But that will change in the coming weeks, according to Wieler. Even if the Omicron infections were milder overall, the sheer volume of new infections would mean a renewed increase in the hospitalization rate and deaths.

However, because of the workload of the laboratories and the health authorities, the reporting data has lost its reliability, says the RKI President. However, this can be compensated for by other methods. The minister also explained that the capacities for PCR laboratory tests were approaching “full load”. There is currently no shortage. With a view to free tests from the quarantine, he has now arranged for health workers to have priority in the PCR test evaluation in the laboratories.

Virologist Christian Drosten also emphasizes that the danger of omicrons mainly comes from the high level of infectivity. Compared to previous Corona variants, Omikron is “the same car with a larger engine” from the outside. However, according to Drosten, this impression is misleading. To remain in the comparison, Omikron only has “wider tires” – in other words: the variant has adapted even better to people.

No time for the all-clear

The Minister of Health emphasizes that the measures taken so far are working. However, the goal is still to stretch the “unavoidable” – it is not a time for the all-clear. For the time being, Lauterbach sees no reason for additional tightening of everyday restrictions in the corona crisis. From his point of view, “the right package of measures is in place at the moment,” said the SPD politician. However, if the number of cases increases significantly and medical care is expected to be overloaded, other countermeasures must also be taken. “We’re not at that point.” There is definitely no reason to relax.

Lauterbach also warns against accepting that the population would be infected: “The number of victims that we would then have to complain about is uncertain and is certainly too high,” he said. Since taking office, the Minister of Health has purchased 55 million booster vaccinations for the population. Basically, he was satisfied with the development of the booster vaccination campaign.

Drosten expects an endemic condition by the end of the year

The fact that more than three million Germans over the age of 60 are currently not vaccinated is still the crucial problem. “In the long run, we will not be able to vaccinate the entire population every few months,” says Drosten. A “community protection” is simply not possible. Herd immunity is ruled out, according to the virologist. Nevertheless, an endemic condition is expected by the end of the year. However, the question is: “Can you breathe until then?”