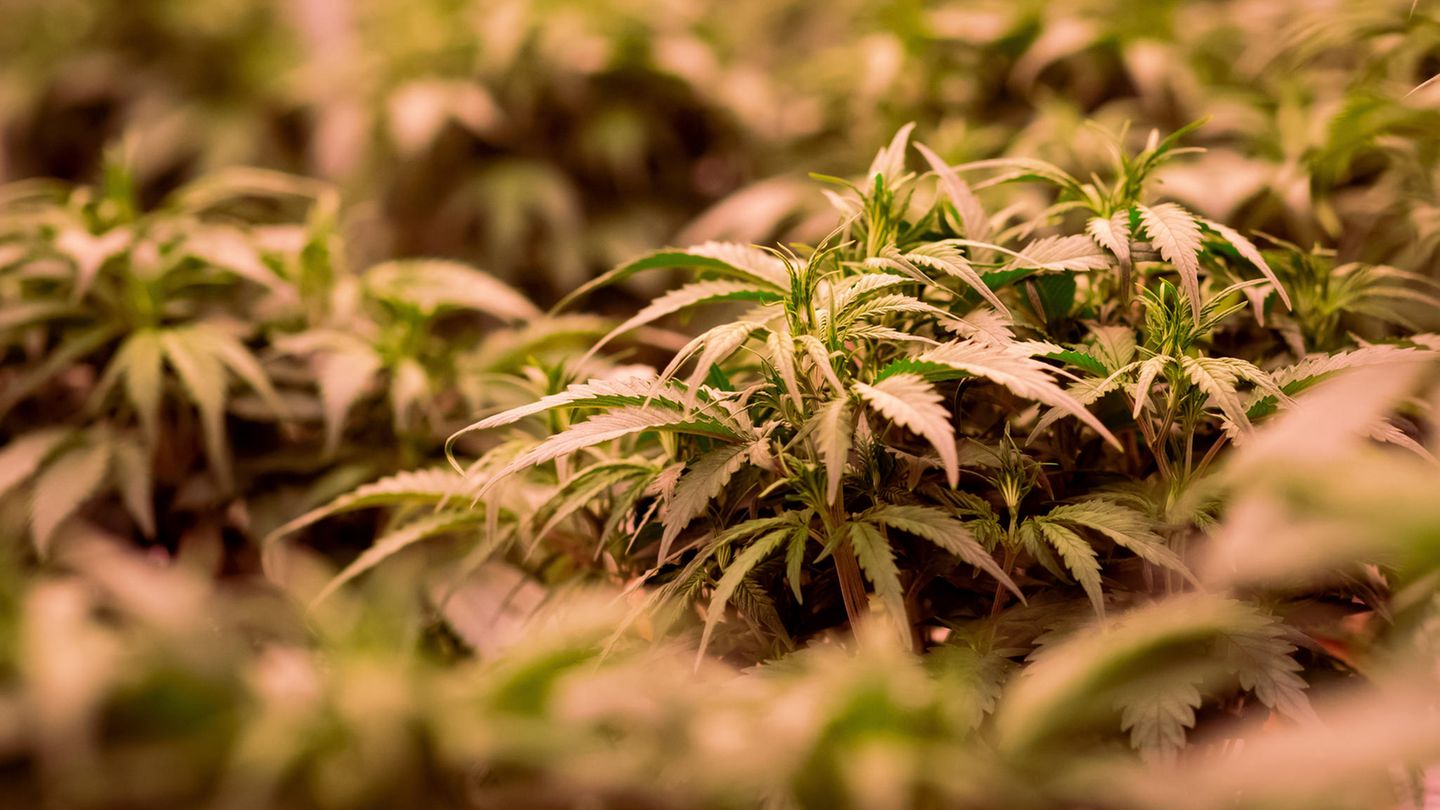 The traffic light parties want to legalize cannabis for consumption. Soon, hemp could be freely sold in licensed stores. While the industry is hoping for hefty profits, critics warn of health hazards and false hopes.

Years ago it was about the release of cannabis for medical purposes, now about the planned legalization for consumption: With the plans of the SPD, Greens and FDP, Germany is not only facing a historic step in drug policy. Liberalization should also open a legal mass market for the drug, for which manufacturers are already warming up. The industry senses big business and advertises with potential revenue in the billions for the state in the course of legalization. The police union, on the other hand, warns that illegal trade will only really flourish then.

Since 2017, when cannabis was allowed for medical purposes such as pain relief in the seriously ill, the substance has experienced a boom in Germany. Start-ups have brought out more and more legal lifestyle products such as hemp spreads, hemp seed oils, hemp teas, and influencers are promoting CBD oils. But while in 2017 it was a matter of a few tons of medical cannabis for seriously ill patients, it is now about much larger quantities: Industry experts estimate the market for illegally sold cannabis in Germany at hundreds of tons per year.

The drug is particularly popular with young people: According to data from the Federal Center for Health Education, a good ten percent of 12 to 17-year-olds nationwide have already consumed cannabis, and almost half of 18 to 25-year-olds (46.4 Percent).

According to the coalition agreement, the traffic light parties want to introduce a “controlled distribution of cannabis to adults for consumption in licensed shops”. This would “control the quality, prevent the transfer of contaminated substances and ensure the protection of minors,” it says. In taking this step, the parties also keep a back door open: The planned law should be reviewed after four years for “social effects”.

Companies that already have a license to grow medical cannabis from the state cannabis agency are now hoping for good business: Tilray and Aurora from Canada and the German company Demecan, which has a large production facility in Ebersbach near Dresden. In 2019, the three companies were allowed to grow 2.6 tons of medicinal cannabis annually in this country.

Hemp Association speaks of a “milestone in drug policy”

“We are able to ramp up our production within a short period of time and, in parallel with the medicinal product cannabis, also produce luxury goods,” said Cornelius Maurer, Managing Director of Demecan. He promises a “gigantic growth opportunity”. However, legalization must be closely linked to educational work and the protection of minors, says Maurer. “We need high quality standards in production and controlled delivery.”

Sascha Mielcarek, Managing Director of Tilray Europe, also sees great business opportunities with the liberalization. The company produces tons of medical cannabis in a facility of around 12,000 square meters in Neumünster (Schleswig-Holstein). “This means that our production capacities are nowhere near exhausted,” says Mielcarek. One is “in a position at very short notice” to significantly increase production in Neumünster and to recruit the necessary staff.

Legalization could not only get the drug off the black market, but also bring high revenues to the state, says the German Hemp Association, which speaks of a “milestone in drug policy”. A study by economist Justus Haucap for the association recently said that liberalization through additional tax revenue and social security contributions as well as savings in criminal prosecution and justice would bring the tax authorities a financial advantage of at least 4.7 billion euros per year.

Criticism from the CSU and the police union

A cannabis tax alone would therefore accrue 1.8 billion euros annually to the state. Haucap, who conducts research at Heinrich Heine University in Düsseldorf, expects 27,000 new jobs in the cannabis industry. “The cannabis ban policy has failed and has not been able to curb drug use,” he says. Precisely because cannabis consumption can be harmful to health, the black market should be under state supervision.

Conservative politicians oppose the legalization of cannabis, which can damage brain performance. The Federal Drug Commissioner Daniela Ludwig (CSU) warns of a dam break for drug and addiction policy. The signal that cannabis is socially acceptable is dangerous. It is estimated that almost every tenth cannabis user becomes dependent, according to the drug commissioner’s annual report.

The German Police Union has also expressed criticism. “The profits that trade and the state want to achieve make cannabis considerably more expensive,” said Federal Chairman Rainer Wendt. “The illegal trade in cheaper products will flourish, because only the wealthy can meet their needs in pharmacies, children, young people and low-income earners will continue to run to the dealer around the corner.”

Netherlands as a bad example?

The coalition gives the impression of getting things under control with a cannabis control law, complains Wendt. “That is pure wishful thinking, especially since the federal government is neither responsible for controls nor for the protection of minors.” The example of the Netherlands, which is liberal when it comes to cannabis, has shown that illegal cultivation and trade, import and distribution are being strengthened and criminal gangs can afford violent conflicts over market shares.

The coalition agreement is a good basis for reforms, says President Stefan Meyer. “Legalization errors by other countries should be avoided as far as possible in the upcoming processes.”